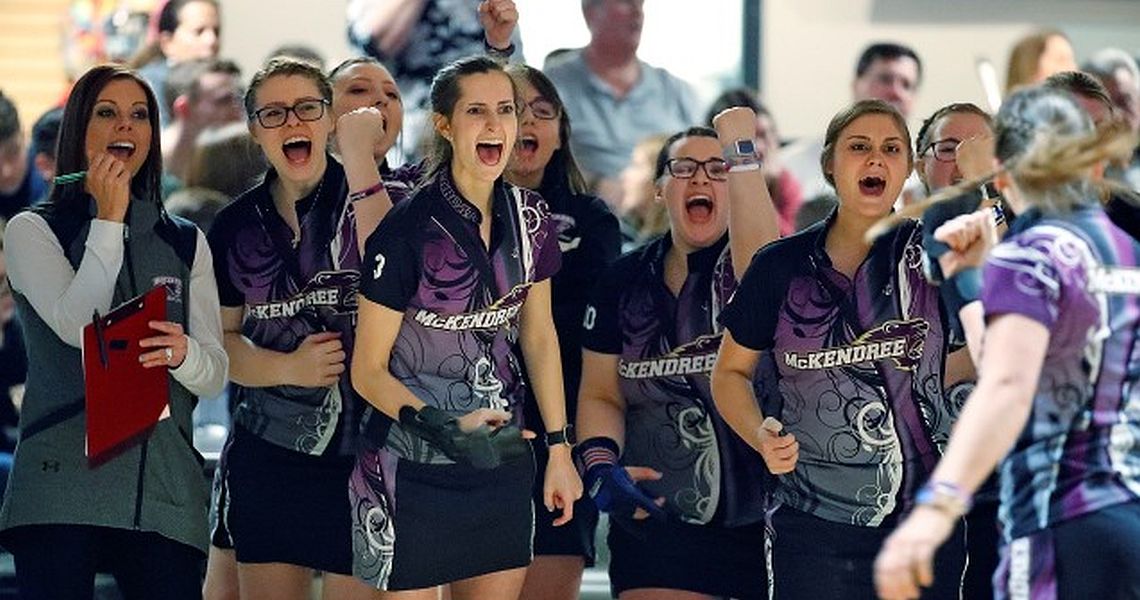 21 April, 2018
Collegiate
2091
Ads
The title matches for the 2018 Intercollegiate Team Championships (ITC) were determined Friday at Sun Valley Lanes in Lincoln, Nebraska, and for the second consecutive year, the McKendree men’s and women’s team will bowl for a national title.

In Friday’s semifinals, the McKendree women’s team (featured photo) topped Savannah College of Art and Design-Savannah, 4-1, and will face Lindenwood, 4.5-2.5 winners against Sacred Heart, in Saturday’s title match. The McKendree men’s team took a 4.5-1.5 victory over Wisconsin-Whitewater and will meet Robert Morris-Illinois, 4-3 winners against William Penn, in the final.

The McKendree women will look to become the first team to win back-to-back titles since West Texas A&M in 1987 and 1988. It will be the fourth television show for the Bearcats, who won the ITC and NCAA Women’s Bowling Championships last year and was the runner-up at this year’s NCAA event, in the last two seasons.

“They keep putting themselves in position to win and that’s all you can do as a competitor,” head coach Shannon O’Keefe said. “Last week at the NCAA Championships was heartbreaking for our girls. To see the devastation on their faces, it hurt. We encouraged them to keep fighting, took that mentality over the next couple of days when practicing, and they’re hungry.”

McKendree senior Sarah Wille said the Bearcats put the NCAA loss behind them when they hit practice on Monday.

“We knew coming in here we had a target on our back,” Wille said. “We made sure we worked hard so we could get back and look to finish our season on a good note.”

Lindenwood was the second-ranked program in the nation this season, posting five wins along the way. The Lions last made a television show in 2011 and reached the semifinals in 2014.

“This team is so dedicated, just so deep and really talented,” said Phil Vida, who has coached the Lions the last 14 years. “It’s been fun to coach this group of girls. Everyone has contributed this week. There hasn’t been anyone who didn’t step up at the appropriate time.”

Amanda Garavet said the Lions were able to add some great talent and the team’s chemistry has been the best in her career.

“It’s absolutely unbelievable; I’ve been dreaming about this for all four years,” Garavet said of the chance to bowl for a national title. “We are going to go into this confident and I think we got this.”

McKendree won the 2016 ITC men’s title but last season had a younger team. Coach Dennis Knepper said the experience of last season’s loss in the title match will help when they face Robert Morris-Illinois.

“We’re back … you have to get there first,” Knepper said. “We came up a little short but we didn’t bowl terrible. I think the experience will help us a lot. The lane conditions change a lot and fast (on the TV lanes).”

Knepper also can lean on Matt Farber, a Team USA member who joined the Bearcats roster this season. Farber said they joked about him bowling last year, when he joined the coaching staff as a graduate assistant, and this year decided to make it a reality.

“We have such a deep roster,” Farber said. “I like to think I can bring some maturity to the group, along with some fire and compassion, and I think I can bowl a little bit.”

Robert Morris-Illinois senior Kenny Ryan said the Eagles have had good teams the last few years but this year’s team seemed to jell when the team competed in tournaments in late 2017. He said since then, the team has been clicking.

“This means everything,” Ryan said of making the title match. “We’ve been close a couple of times. This year, everyone was ready, everyone was prepared. If someone had to step up, they did and we faced adversity well.”

The Eagles won a title in 2013 and coach Danny Hayes said this team has been progressing to reach this point. They had a good run in 2016 but didn’t bowl quite as well at last season’s ITC.

“They came back this year and put the work in” Hayes said. “Kenny’s been bowling amazing, and this was his last chance to go (for a national title). It means the world to me. I want to see them enjoy the day.” 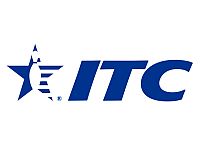 The 16 men’s and 16 women’s teams earned their spots in the ITC field by finishing in the top four at one of four sectional events held in March. All teams bowled 24 Baker qualifying games Thursday to determine seeding for the double-elimination bracket.

BOWL.com’s BowlTV provided live coverage of the event leading up to the televised finals. Click here for more information on the Intercollegiate Team Championships.

Richie Teece adds his name to the leaderboard in Bronzen Schietspoel »