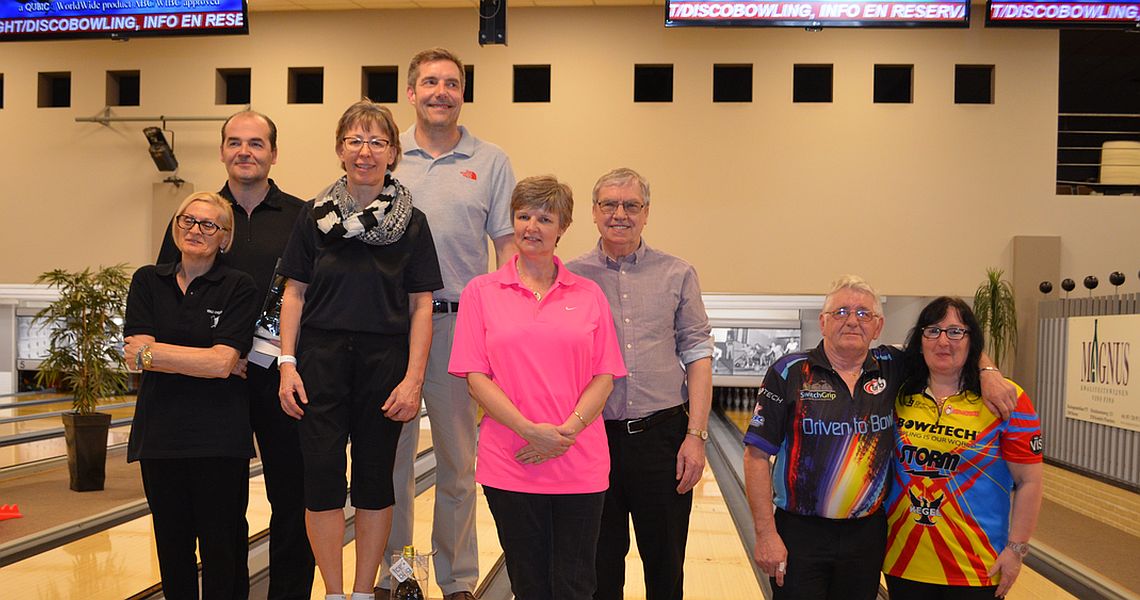 08 April, 2016
Senior Tour
2241
Ads
Germany’s Martina Beckel and Steven Jeeves of England captured the women’s and men’s title in the 50+ Euro Bowling Open, the second stop on the 2016 International Seniors Bowling Tour (ISBT), Sunday, April 3, at Euro Bowling in Deurne, Belgium. It was the seventh ISBT title for Beckel and the first for Jeeves.

The tournament attracted an entry list of 62 men and 15 women. The format was a single six-game qualifying block, with unlimited re-entries. For those not able to qualify through the main leaderboard, there were additional opportunities through Scratch scores and Turbo games.

The first three squads were played on Wednesday and Thursday, with the best scores coming from André Geelen of Belgium (1396) and Ben Van Denzel of Netherlands (1343).

The first squad of Friday’s three squads saw Geelen improve with 1466, with Santo Provenzi of Italy (1384) and Steven Jeeves of England (1373) also putting in strong performances.

In the second squad, the top eight were all from the UK, led by Ron Oldfield of 1485, from Ian Buckland of 1402. The final squad of the day saw more good scoring from former Belgian world champions Gery Verbruggen (1432) and Roger Pieters (1415).

In the ladies section, Kimberley Oakley of Scotland, set the top mark with 1249, just two pins ahead of two-time world champion Martina Beckel of Germany.

The first of the four Saturday squads was won by Jeeves, who improved with 1446, just ahead of Lol Ellis of England. Marianne Pelz of Germany set the highest qualifying score so far with 1265. There was more good scoring over the remaining squads, including 1415 from Berny Stőckl of Germany.

The women’s section was led by Marianne Pelz with 1265, ahead of Maria Carola of Belgium and Kimberley Oakley.

In the men’s section, the first finals round saw the top 20 qualifiers, together with two Turbo and two Scratch qualifiers, bowl a 4 game block. Dominique De Nolf of Belgium just took top spot by a single pin with 979 ahead of Roger Pieters. The top 12 moved forward into the second final round, Lol Ellis just making the 12th and final place.

These 12 then bowled a further four games with pinfall carrying through, to determine the eight who would progress to the knockout stages. The top three places were all English, with Ron Oldfield leading Steven Jeeves and Alan Jenkins. 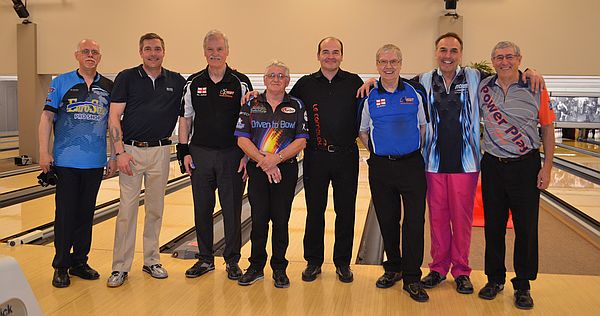 Onto the first knockout round, which was determined by the best of three games. Qualifying leader Ron Oldfield lost 2-1 to Roger Pieters, Steven Jeeves knocked out Lol Ellis 2-1, Alan Jenkins saw off Mike Halliwell of England, 2-0, and Laurent Quittelier of France came back from losing the first game to defeat Dominique De Nolf, 2-1.

The semi-finals were again the best of three games. Quittelier swept Peters, 2-0, and Jeeves also had a 2-0 win over Jenkins. This set up an England-France final over a single game. In the final, neither player found it easy to score, with Jeeves emerging the victor, 182-165, for his first ISBT title. 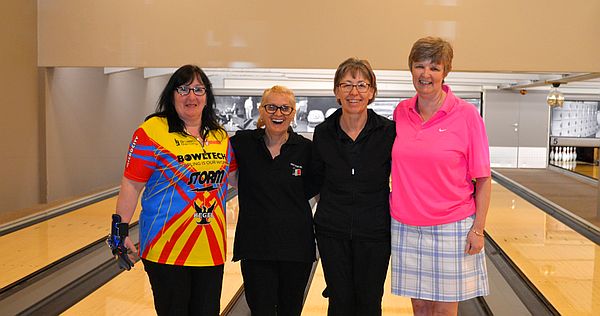 In the ladies section, the top four qualifiers, plus one Turbo and one Scratch qualifier also bowled a four game block, with Maria Carola of Belgium finishing clear leader with 820, ahead of Martina Beckel, Kimberley Oakley and Maria Grazia Locatelli.

Pictured above are the top 4 women: L-R Carola, Locatelli, Beckel and Oakley.

The semi-final saw Beckel ease past Oakley, 2-0, with Locatelli winning a low scoring match against Carola, 2-1. The final was one-sided, with Beckel shooting 262 to easily defeat Maria Grazia Locatelli to take her seventh ISBT title.

The next stop is the Alsace Senior Open, which takes place at Crystal Bowling in Wittelsheim, France. The tournament runs from the 28th April to 1st May. Full details are available at the ISBT website. 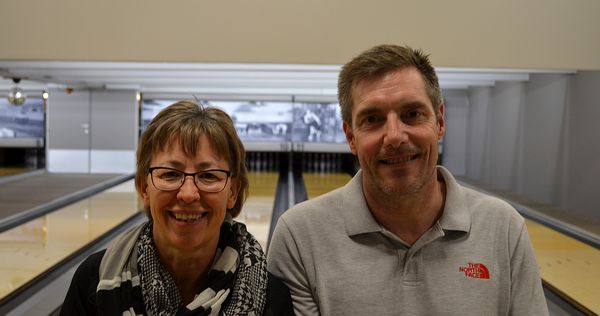 Single-elimination; quarterfinals and semi-finals in best-of-three games format; scores including handicap (in parenthesis)

Top 8 advance to the single-elimination finals.

Top 4 advance to the single-elimination finals.

« Alisports to be the Official Partner for the 2016 ABF Tour