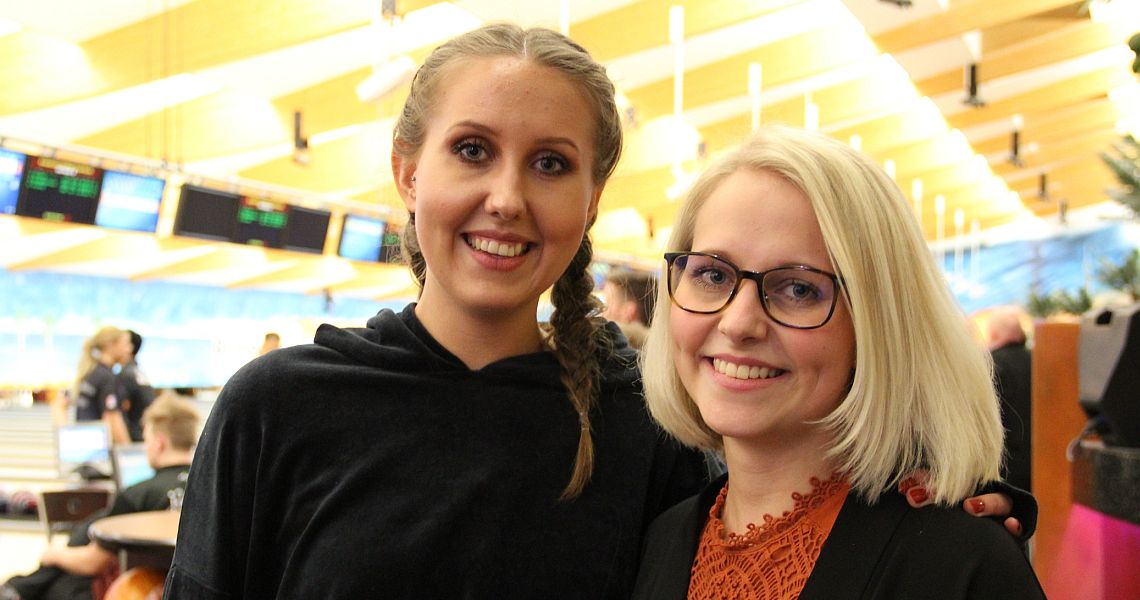 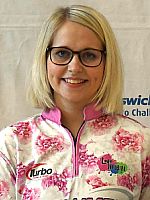 Cajsa Wegner of Sweden won the qualifying of the 15th Brunswick Euro Challenge, which concluded Saturday at Dream-Bowl Palace in Unterföhring in the Greater Munich area with squads 15-18 and the Desperado Squad. 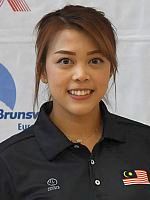 Siti Safiyah (left) of Malaysia, who started the day in second place with 1535, led the first squad on Saturday, 15th overall, with 1558 total to fall five pins short to remain in second place. 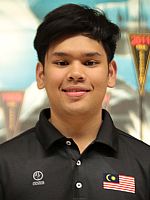 Her team mate Rafiq Ismail (right) was the best male bowler in the field in third place with 1530 and the highest scratch average of 255.00. 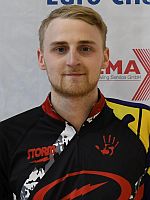 Jesper Svensson (left) of Sweden, who at the age of 23 owns eight European Bowling Tour titles along with seven Professional Bowlers Association titles, led squad 16 with 1512 but stayed in fourth place with his high series of 1530. 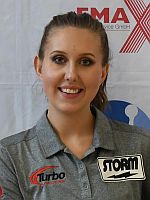 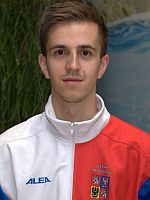 Jaroslav Lorenc (left), Czech Republic, took the 12th and last spot for the bye with 1505 (250.83 average). The places in the top 12 were equally divided between men and women. 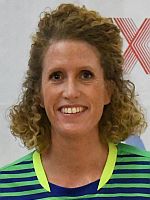 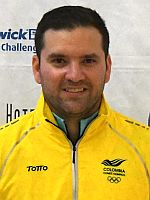 Manuel Otalora (left) of Colombia and Andres Juliusson of Iceland led the 18th and last squad with 1485 and 1483 to move into 20th and 21st place in the standings. They pushed squad 17 leader Jimmy Mortensen of Denmark to 33rd place with 1455. 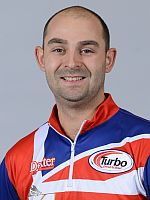 Defending champion Dom Barrett (right) of England used a 1451 series to advance to the finals in 40th place.

Nathan Ruest-Lajoie of Canada took the 50th and last spot with 1440 and an average of 240.00. Those 50 will be joined in the finals by the top five each from a separate leaderboard of squads 5-8 (first priority) and squads 1-4 plus the top 4 of the Desperado Squad. 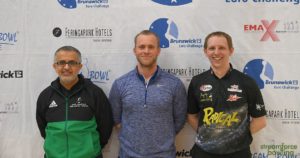 Karl Wahlgren (center) of Sweden missed the 19th 300 game by one pin to win the Desperado Squad with 299. He was followed by Moued Saad Alqahtani (left) of Saudi Arabia (288), Ghislaine Stigter-Van Der Tol, Netherlands (286, including handicap) and Raymond Teece (right) of England (268).

Women receive 8 pins handicap each game (up to 292 – maximum score is 300), an equality handicap provided to women in all EBT events. The top three women after qualifying received 1.200, 700 and 500 Euro bonuses, respectively.

Qualifying ran through Saturday, March 17and concluded with the ultimate one-game Desperado Squad.