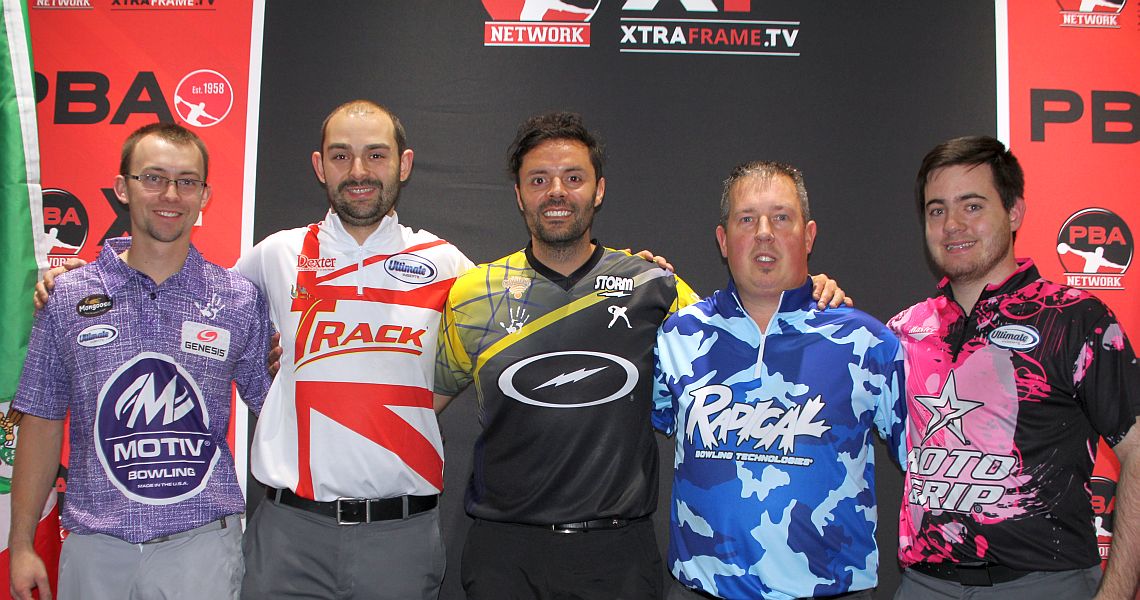 10 December, 2016
PBA National Tour
2976
Ads
In its previous seven years, the Professional Bowlers Association’s World Series of Bowling has produced a lot of memories, but nothing like what’s about to happen when five PBA Tour titles are decided Saturday and Sunday in the GEICO PBA WSOB VIII, presented by Silver Legacy Resort and Casino, at the National Bowling Stadium in Reno, Nev.

And ESPN viewers will be able to watch all of the action, including four animal pattern championships that will be streamed live on ESPN3 on Saturday, followed by live ESPN coverage of the PBA World Championship on Sunday.

Saturday’s schedule includes four PBA animal pattern championships, all of which will also air on ESPN later in the month, featuring eight players who have never won a PBA Tour title, the winningest player in PBA history, and players who are in the thick of the PBA Player and Rookie of the Year races.

Saturday’s competition will only serve to intensify the battle for Sunday’s PBA World Championship, the final major championship of the 2016 PBA season, which may become the decisive factor for 2016 PBA Player of the Year voters.

Saturday’s four animal pattern championships will involve a simultaneous opening game with all four finalists bowling one game, and the top two advancing to the title match.

Tickets are still available for the animal pattern events and Sunday’s World Championship finals. Tickets will be available at the door or in advance by ordering on pba.com.

Here are some of the plot lines for the weekend: 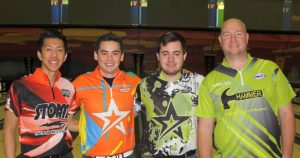 Plot Lines: Tang, a 23-year-old rookie, and Moore have never won a PBA Tour title. Wolfe, 40, is a four-time PBA Tour titlist who won his last title in the 2008 Ultimate Scoring Championship. Simonsen, 19, won the Mark Roth-Marshall Holman PBA Doubles Championship (with Connor Pickford) and the USBC Masters earlier in the year. He is in the thick of the Player of the Year race. 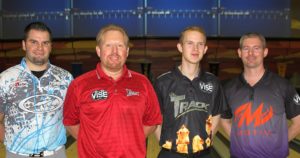 Johnson, a former collegiate star at McKendree University, was runner-up in the 2015 USBC Masters (losing to Jason Belmonte in the title match) and Beasley, 48, was runner-up in the 2016 FireLake PBA Tournament of Champions (losing to Jesper Svensson in the title match). Beasley’s PBA career really got underway after he retired from a 20-year U.S. Air Force career in 2007. 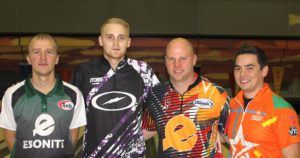 Plot Lines: Jones, 38, is destined for the PBA Hall of Fame as a 17-time PBA Tour winner. He won no. 17 earlier this year in the Downums Waste Services Xtra Frame Open in Jonesboro, Ark. Moore and Novak are both trying for their first PBA Tour titles (unless Moore wins his in Cheetah Championship). Svensson, a 21-year-old left-handed two-hander, is a three-time winner in 2016, including the FireLake PBA Tournament of Champions. Another title would enhance his bid for the Player of the Year. 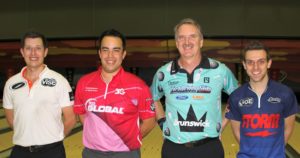 Plot Lines: Williams, the all-time leader in PBA Tour titles with 47, could become the oldest player ever to win a PBA Tour title. On Saturday, he’ll be 57 years and 65 days old. John Handegard, at 57 years, 55 days, won in 1995 in Kennewick, Wash.

If he wins, Williams also will become the first player in PBA history to win a composite 100 titles in PBA Tour, PBA Regional, PBA50 Tour and PBA50 Regional competition. The player whom many of fellow competitors call “The GOAT” (Greatest Of All-Time) won his last PBA Tour title in the 2010 USBC Masters.

Also in the field are O’Grady, a three-time Junior Team USA member, and Cain, a Junior-Adult Team USA member, both of whom are trying for their first PBA Tour titles. Lavoie, the 2016 U.S. Open winner, is a leading contender for PBA Rookie of the Year honors. 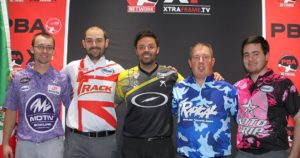 Plot Lines: Simonsen, a two-handed player, is trying to become the first player to win two major titles at age 19. He became the youngest player ever to win a PBA major title earlier in the year when he won the USBC Masters. He also is in contention for PBA Player of the Year honors.

Simonsen’s opening-game opponent is Smallwood, who became a nation-wide story in early 2010 when he won the PBA World Championship after losing his job in the automotive industry and deciding to pursue his dream of bowling professionally. Now 39, Smallwood is pursuing his third PBA Tour title and first since the 2012 Scorpion Championship.

Belmonte, whose three-year reign as PBA Player of the Year is in jeopardy, is trying for his first 2016 title, his 13th PBA Tour title and his seventh career major. The PBA World Championship is one title missing from his majors’ resumé.

Barrett, the 2013 PBA World Champion, is after title No. 5. He is one of two players from England to win on the PBA Tour.

Tackett is hoping to avenge last year’s PBA World Championship title-match loss to Gary Faulkner Jr. and finish WSOB VIII on a high note. After advancing to the match play elimination rounds in all four animal pattern events, he failed to move on to a TV final in any of the four. But with three titles previously won during the 2016 season, a victory in the World Championship would be a big boost to his Player of the Year chances.

The players were determined based on 32-game qualifying totals during the animal pattern events. The competition will involve two five-player Baker format team matches. If the teams split the two games, the winner will be decided based on a one-ball sudden-death roll-off.