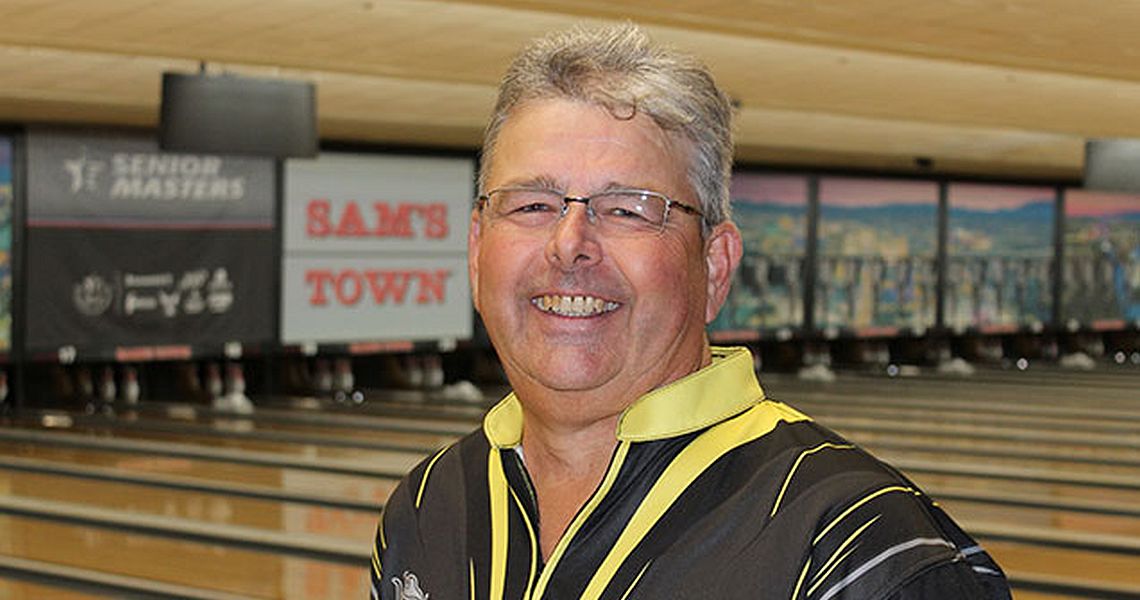 06 June, 2018
PBA50
1794
Ads
For years, James Campbell of Clearwater, Florida, enjoyed continued success as a member of the Professional Bowlers Association South Region, but in recent years, the time he used to spend on the lanes has been devoted to his family and watching his son play baseball.

Now that his son Jeffrey’s playing days have concluded, his family has encouraged him to return to top-tier competition, and he’s already making his presence known at the 2018 United States Bowling Congress Senior Masters, where he is the leader after the first day of qualifying.

Campbell (featured photo) averaged more than 244 for five games Tuesday at the Sam’s Town Bowling Center in Las Vegas on the way to a 1,221 total, and he used a 287 effort in his fourth game to surge past Michael Haugen Jr. (right) of Phoenix, who set the bar on the day’s opening squad with a 1,188 total. 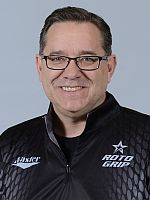 James Hansen of Anchorage, Alaska, who bowled on the “double-burn” with Campbell, closed with games of 266 and 258 to also slip past Haugen with a 1,192 total. Brian LeClair (left) of Delmar, New York, finished the day fourth with 1,187 and was followed by Keith Lesko of Prosper, Texas (1,185).

“This actually is the first time I’ve ever led a national tournament, so hopefully with my regional experience and how I bowled last year, both really well in qualifying and not so good in match play, I can build on that,” said Campbell, a 2004 Team All-Events champion at the USBC Open Championships. “I’ve still got 10 games to go, so it’s definitely not over yet. I’m hoping to get there and see what happens.”

Now that he’s in his 50s and a little older and wiser, Campbell has made an effort to learn more about his bowling equipment in general, how to be more strategic with changing and using different surfaces and just being more versatile on today’s dynamic oil patterns.

During qualifying at the 2018 USBC Senior Masters, all 272 competitors will get a chance to see three variations of the 41-foot oil pattern – fresh, burn and double-burn – since the lanes only are being oiled once per day, so Campbell will have to put his knowledge to the test.

Being able to make it to the 64-player double-elimination match-play bracket and have a chance at this week’s $20,000 top prize will take patience and versatility.

“I hook the ball, so the best game for me is standing left and throwing it right,” Campbell said. “I imagine over the next two days I’ll have to go straighter and straighter, but I feel like those are adjustments I’m comfortable making now. I definitely think I know more than I did years ago, especially about the equipment and knowing how different surfaces affect different types of balls.”

Campbell didn’t step away from the game all together, he just scaled back his bowling to leagues and local tournaments and decided to put his PBA membership on hold, while sharing priceless experiences with his family. His son played four years of Division I baseball and spent a year in the Atlanta Braves organization.

“With my son in high school and college, I wanted to go watch him play ball, and we had a great time traveling the country to get to see him play,” Campbell said. “Really, I just didn’t have as much time to bowl. I put my family first, and we had some great experiences. Since things have changed a little, they’re actually the ones who have encouraged me to get back to bowling.”

Campbell has since rejoined the PBA and is eligible to earn his first PBA50 major title this week in Las Vegas.

Qualifying at the 2018 Senior Masters continues Wednesday at 11 a.m., live on BowlTV, and Campbell will return to Sam’s Town at 3 p.m. Eastern for his five games on the burn.

He intends to continue drawing on the experience of his Senior Masters debut in 2017, where he made match play but lost his first two matches, along with his time this season at PBA50 and PBA regional events, where success has helped build his confidence coming into this week.

After three days of qualifying, 15-game pinfall totals will determine the 63 bowlers who will join defending champion Walter Ray Williams Jr. (right) of Oxford, Florida, in the double-elimination match-play bracket.

Williams is tied for 43rd place after Tuesday’s opening round with a 1,072 total. The USBC and PBA Hall of Famer is guaranteed the No. 64 seed if he falls out of the cut, but he can improve his seeding for match play during qualifying.

After five games, Kevin Anderson of Mount Juliet, Tennessee, and Toby Contreras of Lee’s Summit, Missouri, are tied for 63rd place with 1,058, a 211.6 average.

The Senior Masters is open to USBC members age 50 and older.