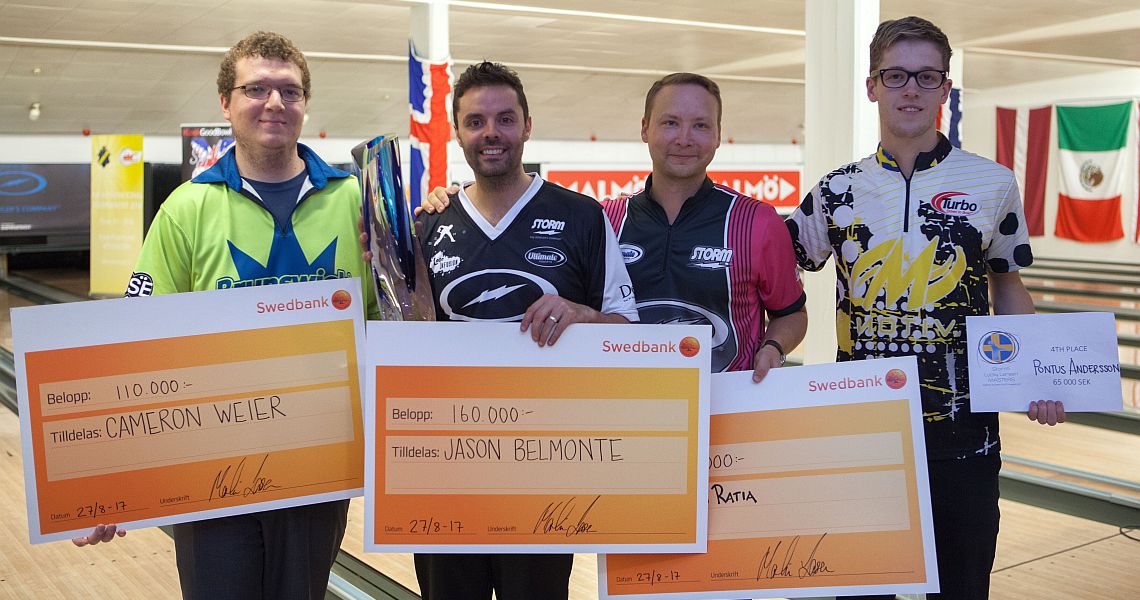 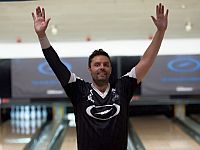 It was Belmonte second victory on the European Bowling Tour. His first title came in 2006, when he defeated fellow two-hander Osku Palermaa of Finland, 256-222, to win the Brunswick Euro Challenge in Thessalonica, Greece. 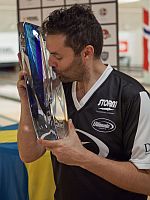 As the Lucky Larsen Masters is part of the World Bowling Tour, his victory in Malmö also counts as a PBA title. It was the 15th career PBA title for Belmonte, who owns more major (8) than standard titles (7).

The 34-year Aussie, who turned pro in 2008 and became the PBA Rookie of the Year in the 2008-09 season, qualified in 10th place for the finals missing a first-round bye by six pins. He finished the six-game round one in second place, took the lead after eight games from scratch in round two and earned the no. 1 seed for the stepladder finals after another four-game block in round three. 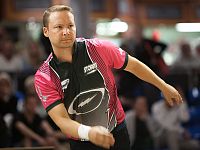 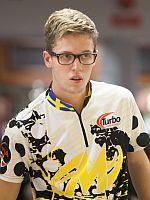 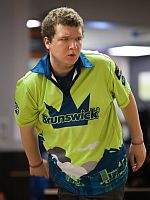 The inaugural Lucky Larsen Masters drew 455 players from 22 countries. Three of the originally 69 women reached the third round where they got eliminated. Three-time women’s point ranking winner Britt Brondsted of Denmark was the woman in fifth place, and was followed by Sanna Pasanen of Finland in sixth place and Diana Zavjalova of Latvia in eighth place.

Rounding out the top 8 was six-time PBA champion and 8-time EBT titlist Jesper Svensson, who finished in seventh place. 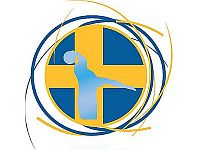 A newcomer on the European Bowling Tour, the Storm Lucky Larsen Masters was the 8th stop and the second and last EBT “Gold” tournament this season, the second-highest EBT category.

The tournament was also the third event of the 2017 World Bowling Tour, which is sanctioned by World Bowling, the governing body for the sport of bowling.

All rounds could be watched live on the internet, featuring four different cameras covering 16 lanes. For more information, click here.

Women received 8 pins handicap each game (maximum is 300) throughout the entire tournament, an equality handicap provided to women in all EBT events.

Total 44 players advanced to the finals on Sunday, August 27, including the top 38 qualifiers, the top 2 from the “Early Bird Competition” (squads 1, 2 and 4-11), the highest senior bowler (born in 1967 or earlier) and the highest junior bowler (born in 1999 or later), all not among the top 38, plus the top 2 from the Desperado Squad. The top 8 qualifiers received a first-round bye.

The other 36 players bowled six games from scratch before the field was cut to the top 16 who joined the top 8 qualifiers in the second round featuring eight games from scratch. The top 8 bowled an additional four games with the pinfall from round two being carried forward. The top 4 with the highest 12-game total determined the champion in a traditional stepladder finals.

The World Bowling Tour is the premier international bowling series that is hosted in numerous, unique cities around the globe.

The top three men and top three women in the annual points list will compete in the season-ending World Bowling Tour Finals, which will be held November 19th at the National Bowling Stadium in Reno., Nevada, in conjunction with the PBA World Series of Bowling IX (Nov. 7-19, 2017). 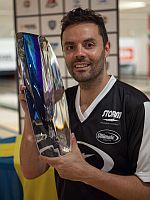 Top 4 advance to the stepladder finals.