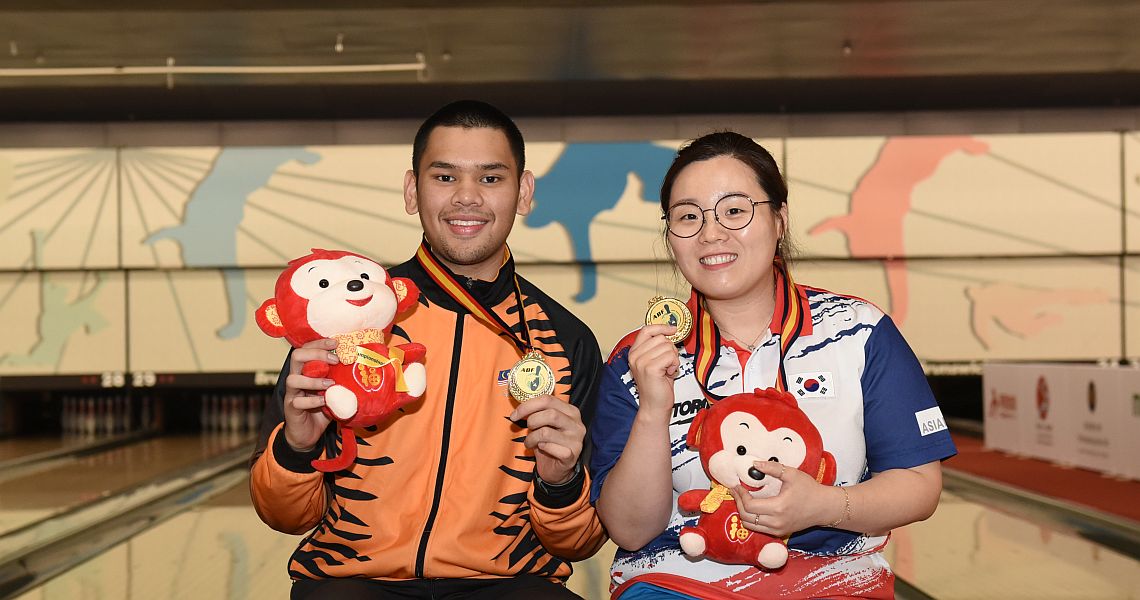 Prior to the stepladder finals, the top 16 men and women in all-events returned to the South China Athletic Association Bowling Center for the second eight-game block of match play on the medium oil before the cut to the top three, who determined the medals. 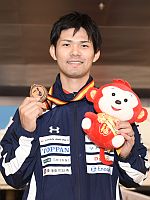 The semi-final matches were decided in one game, while the gold medal matches featured two games with the total pinfall to determine the champion.

In a close match, Ismail edged Wada, 203-198, to bowl Mak for the men’s title. Wada (left) received the bronze medal, the third medal for the Japanese men, who won the prestigious team gold and added a silver medal for Yuhi Shinbata in all-events. 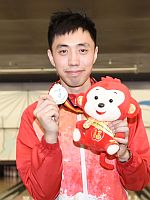 Mak (right), who was targeting his fourth gold medal after winning the titles in doubles (with Wu Siu Hong), trios (with Wu and Lau Kwun Ho) and all-events, started his title quest with a disastrous 159 game but was only 38 pins down as Ismail managed only 197. 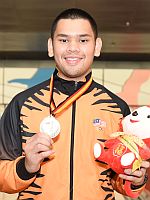 Mak, who averaged 224.44 and won 10 of his 16 matches on his way to the top seed, was unable to roll a huge second game and had to settle for the silver medal. Ismail (left) won the second gold medal for the Malaysian men after Timmy Tan’s victory in singles with 214-203 win in game two and a 411-362 victory. 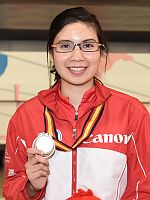 Jung, who won the masters gold at the 2012 Asian Championships also in Hong Kong but in a different bowling center (HK Bowling City), made quick work of Yeong-Nathan in the women’s semi-final, winning 224-177. Yeong-Nathan (right) received the bronze medal. 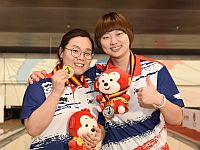 In the all-Korean gold medal match, Jung (left) started with 213 to take a 43-pin lead after Baek (right) posted 170, her lowest game of the entire masters competition. Jung, who won the gold medals in singles, team and all-events along with two silver medals in doubles and trios defeated her teammate in doubles, trios and team in the second game, 227-194, to cruise to her fourth gold medal of this Championships with 440-364.

Korea led the overall medal tally with four gold, five silver and two bronze due to another outstanding performance of the Korean women (4-5-1), while the Korean men only got one bronze medal. Malaysia was second with three gold, two silver and four bronze medals.

The Target 24th Asian Tenpin Bowling Championships, which were held from Sept. 18-28, 2016 at the SCAA Bowling Center in Hong Kong, will come to an end this evening with the Victory Banquet at E-Max in Kowloon Bay.

199 athletes, 135 men, 64 women, from 24 member federations of the Asian Bowling Federation (ABF) participated in the event, which also served as the qualifier for the 2017 World Bowling World Championships and the X World Games 2017.

Singles (six games on medium oil) and doubles (six games on long oil) were contested on one oil pattern, while trios (long/medium) and team (medium/long) featured both oil patterns (three games on each pattern). The player/team with the highest pinfall total after six games was declared the champion.

The top 3 in all-events (24 games; total pinfall in singles, doubles, trios and team event) received gold, silver and bronze medals. The top 16 in all-events advanced to the masters finals. The top 3 after two eight-game blocks of match play (10 pins bonus per win, 5 for a tie), each block on a different pattern, determined the champions in the stepladder final.

The top 12 teams qualified for the 2017 World Championships for men and women, to be held December 4-18 at Cozmo Bowling Center in Salmiya, Kuwait. This was determined by the all-events total of the top five players.

Additionally, the top five countries qualified for the X World Games 2017, which is held every fourth year and next will be contested July 20-24 at Sky Bowling in Wroclaw, Poland. This was determined by the all-events total of the top two players for each country. 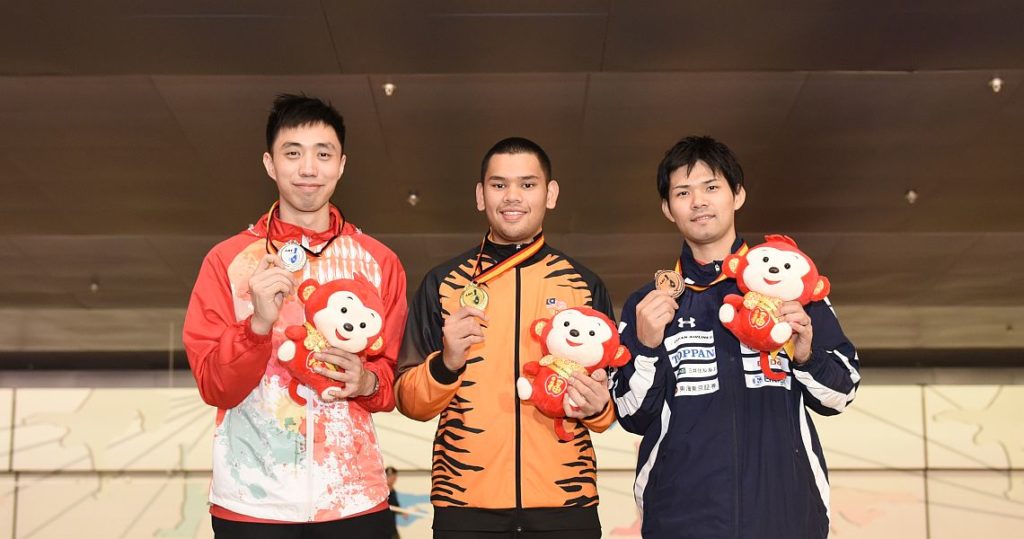 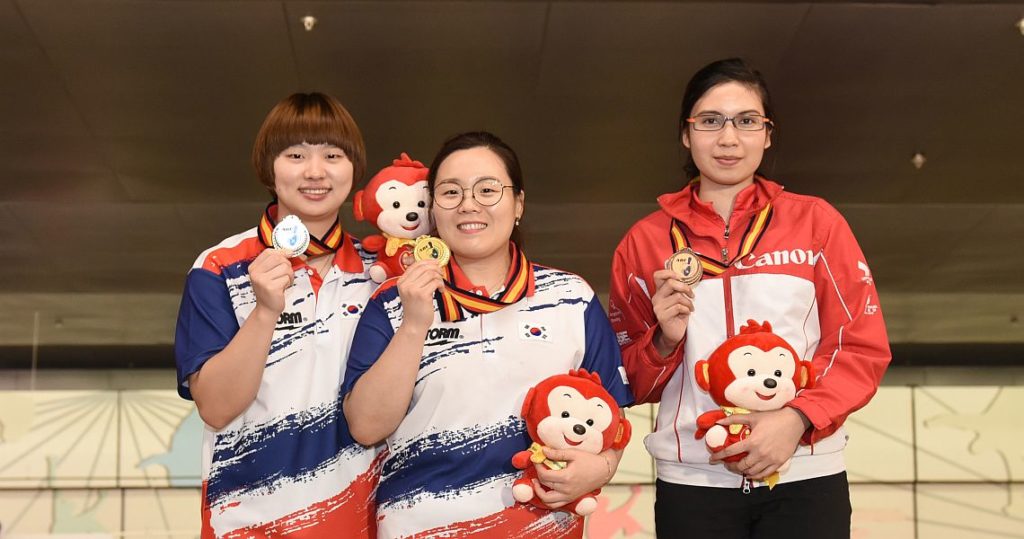 Top 3 advance to the medal round in stepladder format

Top 3 advance to the medal round in stepladder format