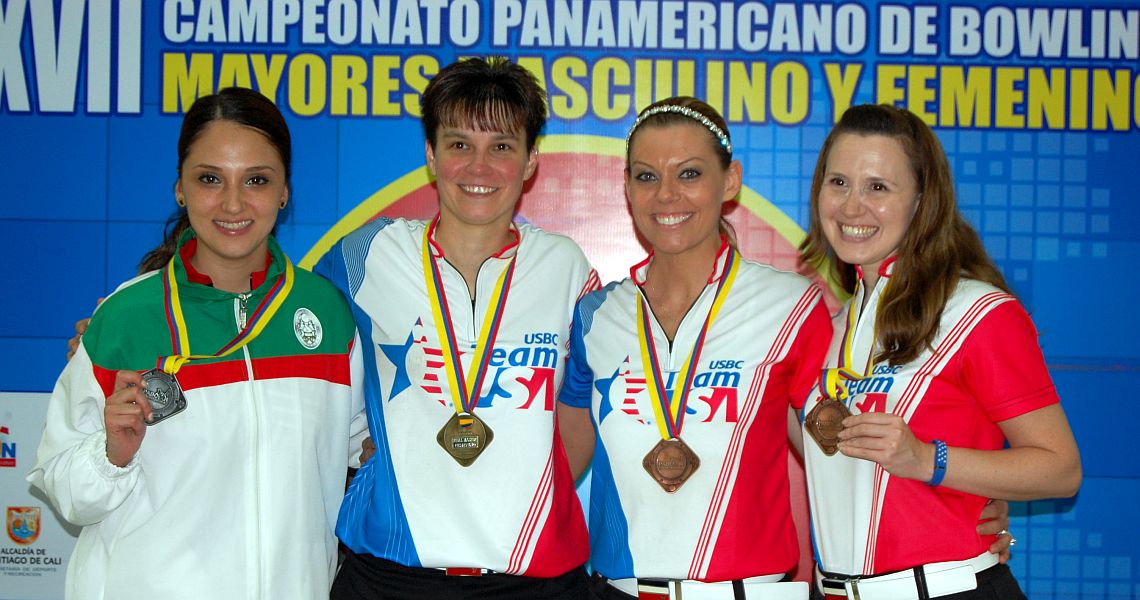 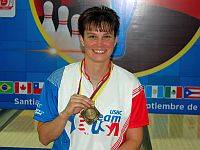 Team USA’s Shannon Pluhowsky showed a lot of grit this week at the 2016 Pan American Bowling Confederation Adult Championships, both in her performance and on her bowling ball, and she closed the tournament by winning the Masters gold medal Friday at Bolera Departamental in Cali, Colombia.

The 34-year-old left-hander (pictured right) did not get off to a strong start on the 36-foot Beijing oil pattern, but she worked with Team USA coaches Bryan O’Keefe and Chris Barnes throughout the week to match the right bowling ball with the right surface for success.

Pluhowsky bowled progressively better in each of the tournament’s four main disciplines, and that allowed her to finish among the top 16 in the all-events standings and advance to the Masters match-play bracket, where she averaged more than 228. 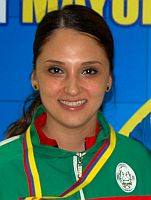 “Obviously, it’s never fun to have to bowl your teammates, but when you’re fortunate to have all six players make the cut, it’s bound to happen at some point,” said Pluhowsky, a 16-time Team USA member.

“Last night was a little rough because we came here for the team gold medal and didn’t get it, but we communicated well, regrouped for today and bowled well. Ending on a high note was great.” 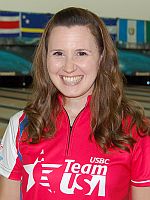 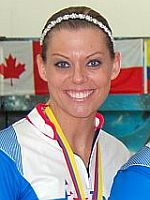 All-events gold medalist and No. 1 seed, Clara Juliana Guerrero of Colombia was eliminated in the first round Friday.

While it took an average of more than 209 to qualify for the Masters, Pluhowsky found herself averaging just above 200 for the first half of the tournament, with disappointing finishes in singles and doubles.

But, an open mind and some elbow grease from Barnes, helped Pluhowsky average more than 220 on the way to the trios gold medal with O’Keefe and Earnest and nearly 233 while helping the United States to the silver medal in team. The surge helped her to the No. 11 seed for the best-of-three Masters bracket.

“The ball I ended up using late in the week really didn’t look good in practice or during the first two days, so it wasn’t even in play when we decided to change the surface and see if we could make it work,” Pluhowsky said.

“We did a lot of fishing early, but sometimes, that can hurt you, too. Eventually, the goal was just to try and get to 200 each game and try not hurt the team too much. We decided to try one more thing, and it worked out great.”

The answer came in the form of a 500-grit Abralon pad, which Barnes used before each game to keep the surface on the ball fresh. During trios, team and Masters, they went through two pads.

Another big change on a whim also paid off for Pluhowsky, as she decided minutes before the start of trios to go with a five-step approach, instead of four, to help slow her down.

For Bryan O’Keefe, who guided the Team USA men and women through the two-week stretch in Cali, it was a satisfying experience that ended with 9 medals for the United States, three gold, one silver and five bronze medals.

This week, the women earned gold (Parkin) and bronze (Coté) in singles, gold (Pluhowsky/O’Keefe/Earnest) and bronze (McEwan/Parkin/Coté) in trios, silver in team and bronze in all-events (McEwan) to go along the with their stellar Masters performance. 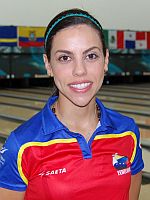 Colombia led the medal tally with three gold (doubles, team and all-events), three silver (singles, trios, all-events) and one bronze medal (doubles). Mexico (silver in masters, bronze in team) and Aruba (silver in doubles) were the only other countries who medaled in the women’s event.

Clara Juliana Guerrero (left) medaled in all events but the masters to lead all 79 women with three gold and two bronze medals. Rocio Restrepo (right) was next with two gold and tow silver, with Shannon Pluhowsky in third place with two gold and one silver medal.

The 2016 PABCON Adult Championships includes more than a dozen countries, and teams also were trying to qualify for two upcoming events.

The top eight men’s teams and top eight women’s teams qualified for the 2017 World Bowling World Championships in Kuwait. This was determined by a combined total pinfall from the following categories in each division – top four singles scores, top two doubles scores, top trios set and pinfall in team competition.

Additionally, the top two countries across the two-week stretch in Colombia, Canada and Mexico, qualified for the World Games, which is held every fourth year and next will be contested in Wroclaw, Poland, in July 2017. This was settled by a combined pinfall total for the top two men and top two women for each country during the 24 games at the PABCON event. 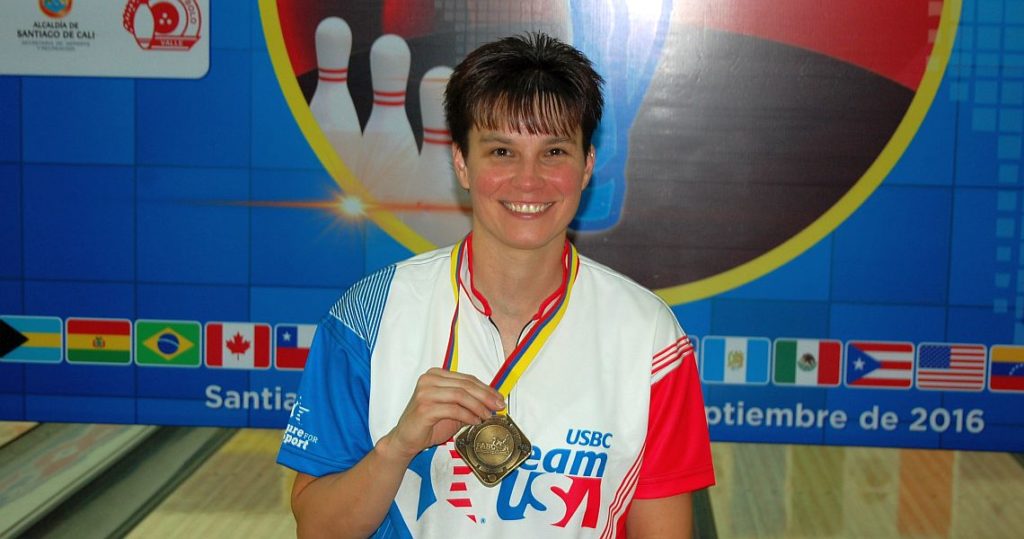