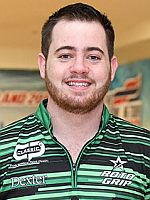 The two-hander (right), who at the age of 21 owns four Professional Bowlers Association titles, including one major (2016 USBC Masters), has accumulated 1799 points in the past two years to hold a 436 points buffer over second-placed Stuart Williams of England. 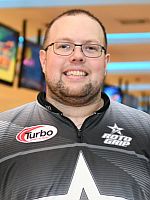 Williams (left), who fell in the title match in Bangkok to Danielle McEwan to finish second, but earned 400 ranking points as the top male finisher to leap two spots into second place with 1363 points. 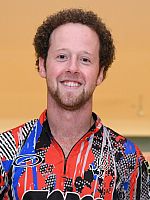 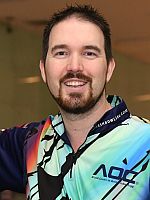 Three-time PBA Player of the Year Jason Belmonte of Australia did not compete in Bangkok and fell from second to fourth place with 1093. Eighth-place finisher Sean Rash (left), USA, leaped two spots to round out the top 5 with 963.

Simonson has collected 1716 of his 1799 points in the 2018 WBT season to hold a commanding lead in the annual points race, which will determine the three players who qualify for the World Bowling Tour men’s finals. 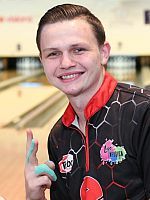 With three more events to come for the men, including the World Bowling Men Championships in Hong Kong, Simonsen has a hefty 452-point cushion on second place Williams with 1264, including 400 points from Bangkok.

Troup slipped from second to third place with 1172. Just outside the box is Andrew Anderson (right), USA, with 880, followed by Rash and Belmonte in fifth and sixth place with 844 and 808.

The World Bowling Tour 2018 commences with the FloBowling PBA Fall Swing Tulsa Open, a Tier 2 event to be held October 19-20 at The Lanes at Coffee Creek in Owasso, Okla., USA.

The 2018 WBT schedule features 13 stops, one each in Germany, South Korea, Sweden, Thailand and Hong Kong and eight stops on U.S. soil.

Men and women compete for points to earn places on the World Bowling Tour rankings. The points system still is based on a continuous two-year cycle, where points include every event from the previous two year format.

The top three men and top three women in the annual points list will compete in the season-ending World Bowling Tour Finals, presented by PBA, which will be contested at the International Training and Research Center in Arlington, Texas, Sunday, January 6, 2019 for airing on FS1 on Sunday, March 10, at 10 p.m. EST.

Standings after 10/13 events. Top 25 with position, country and total points earned in 2018 WBT events and the highest points in a single event (in parenthesis). Top 3 will advance to the WBT Women’s Final (dates and venue tba).

Players with country, ranking point total, points earned in 2018, 2017 and 2016, highest points in a single event and number of top 50 finishes