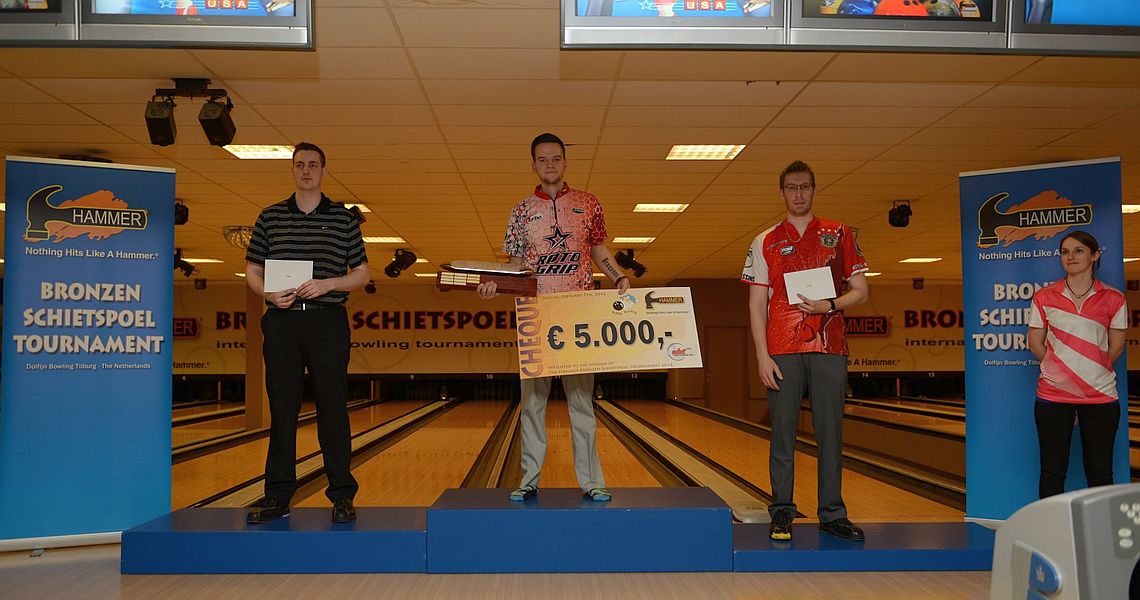 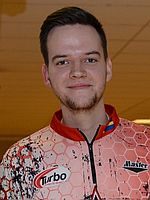 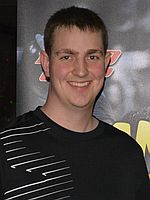 Daniel Fransson of Sweden rolled games of 264 and 206 in the last eliminator round to win his first European Bowling Tour title in the Hammer Bronzen Schietspoel Tournament 2016 Sunday at Dolfijn Bowling in Tilburg, Netherlands.

Fransson (pictured left), who had three second-place finishes in the last three years on the EBT, toppled 470 pins and beat out three-time EBT titlist Mik Stampe (right) of Denmark (463) for the top spot by seven pins.

Mats Maggi of Belgium finished in third place with 438 and Martina Schütz of Germany was the best of 30 women in the 180 player field from 16 countries in fourth place with 408, including eight pins handicap each game.

The Hammer Bronzen Schietspoel Tournament 2016 was the third event of the 2016 European Bowling Tour and the first of four “EBT Silver” events this season, the third highest of the four EBT categories.

Qualifying ran through Saturday, February 14 and concluded with the one-game Desperado Squad. Women received 8 pins handicap each game (maximum score is 300), an equality handicap provided to women in all EBT events.

Total 40 players advanced to the finals on Sunday, February 7, including the top 30 qualifiers, the top 4 from the Desperado Squad and the top 6 from a separate leaderboard of Squads 1-5 who are outside the top 30. The top 2 qualifiers received two byes, qualifiers 3-8 earned a first-round bye.

Players ranked 9 to 40 bowled four games with the top 18 players joining the qualifiers 3-8 (seeded 1-6) in the eliminator finals. Those 24 players were divided into six groups of four players each for the first of four eliminator rounds.

The field was cut to 16, 8 and then four players, who determined the top 4 places in the last eliminator round.

The 2016 European Bowling Tour commences with the 10th International Wroclaw Open, a “satellite” tournament, which will be held from Feb. 17-21 at Galeria Rozrywki Miraz in Wroclaw, Poland.

Ageless Amleto Monacelli is IBMA January Bowler of the Month »