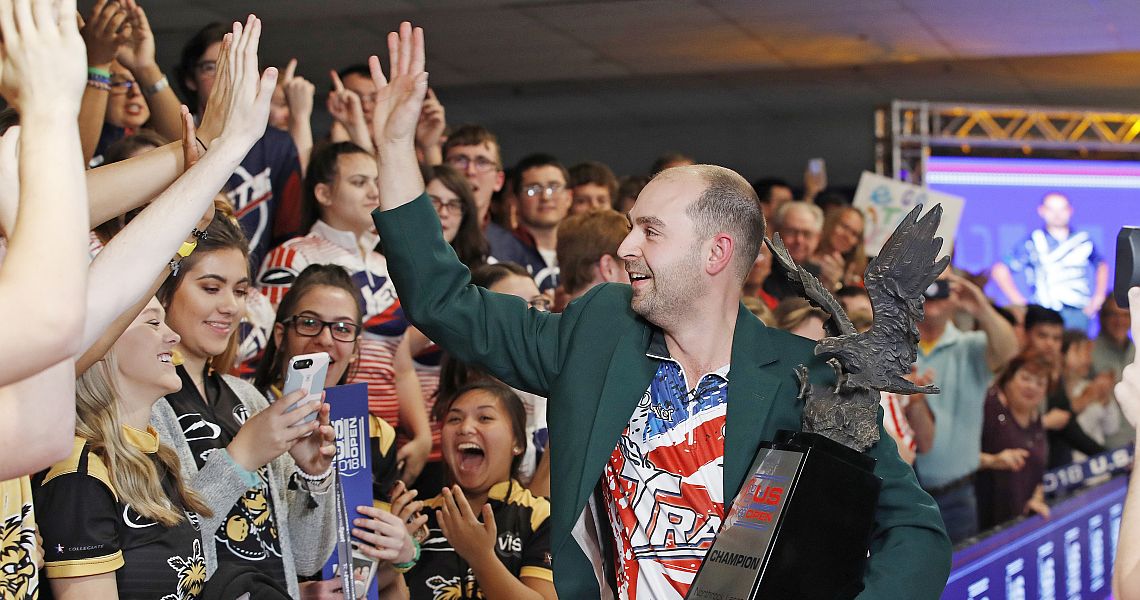 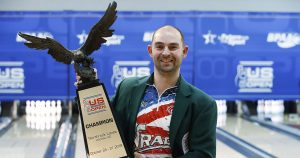 England’s Dom Barrett won four matches Wednesday on his way to claiming the 2018 U.S. Open, including a thrilling one-pin victory over top-seed Jakob Butturff of Chandler, Arizona, in the title match, 207-206. 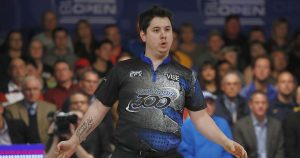 The title match swung back and forth as both players tried to figure out the 43-foot oil pattern. An open in the fifth frame from Barrett gave Butturff a slight advantage, as both competitors headed into the final frame working on doubles.

Butturff (left), finishing the match first, nearly left a 7-10 split on his first shot before the 7 pin tumbled late. He converted the spare and struck on his fill ball, forcing Barrett to strike on his first shot for a chance at the title. 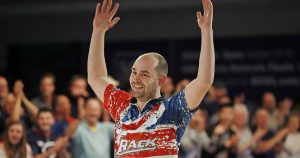 Barrett rolled the strike he needed to start the 10th frame, but a 4-6 split on his second shot left him needing to convert just one pin for the victory. His spare attempt was left of target, but it was enough to push over the 6 pin to give him his seventh Professional Bowlers Association Tour title and second major championship (right).

“For me, it’s about slowing everything down as much as I can in those situations,” said Barrett, who won the 2013 World Championship. “I threw the one in the 10th really well, and I thought the 11th shot was OK, but I must have grabbed a lot of that one. On the spare attempt, I told myself that I didn’t want to miss it right, and I certainly didn’t do that.”

Barrett credited his run through the stepladder to his aggressiveness. He made a big move to the left to start the third game and made multiple ball changes over the course of his final two wins. In all, he averaged more than 238 on his way to the title.

As exciting as the win is for Barrett, he looks forward to everything awaiting him across the Atlantic Ocean. Barrett and his wife, Cassie, recently welcomed son, Colby.

“This means so much,” said Barrett, the runner-up at the 2015 U.S. Open. “Especially for my family at home, too. My wife has hardly had any sleep for the last 10 weeks with a newborn baby, so I think it’s now time for me to take care of my dad duties and take care of my family.”

Butturff led the U.S. Open for the second consecutive year by a sizeable margin to earn the No. 1 seed for the TV show. The 24-year-old left-hander led this year’s field by 552 pins after leading by 617 pins in Liverpool, New York, in 2017.

He joined PBA and United States Bowling Congress Hall of Famer Earl Anthony as the only bowlers to earn the top seed in consecutive years at the U.S. Open since 1971. Anthony also was defeated in each title match, dropping the final game in 1979 and 1980.

“It definitely hurts, especially losing by one, but at least I can say I led this tournament two years in a row, by a lot,” said Butturff, a four-time PBA Tour champion. “It’s about the only thing I can take out of it, but it’s definitely an amazing feeling.

“I threw a couple of bad shots but threw one good when I needed to and (left a) 10 pin. At least I forced him to show up. You know, Dom bowled phenomenal this week, too; we all did on the TV show. It’s rough, but at the same time, I always think of it as another learning experience.” 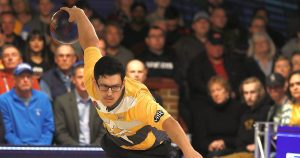 Barrett also delivered in the 10th frame to advance to the championship match, beating Kristopher Prather of Plainfield, Illinois, 226-222.

Prather (left) had built an early lead, striking on six of his first seven shots but missed a 6 pin in the eighth frame to allow Barrett, who had been struggling with carry, to tighten the match.

Prather missed the opportunity to shut out Barrett in the 10th. Given the chance to fill 26 pins in the 10th to advance, Barrett rolled a double and got nine pins on his fill ball to secure his spot in the championship match. 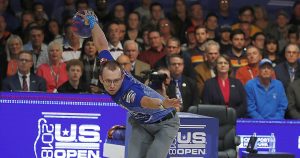 Barrett defeated EJ Tackett of Bluffton, Indiana, 264-248, to advance to the semifinals. Barrett finished the game first and delivered a double to force Tackett to do the same, but the 12-time PBA Tour champion was unable to get the 10 pin out on his first shot.

Tackett (right) was hoping to become the seventh player to complete the PBA’s Triple Crown. He had claimed the 2016 PBA World Championship and 2017 PBA Tournament of Champions. 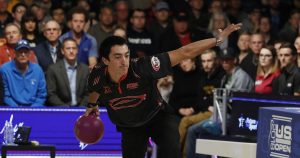 In the opening match of the stepladder, Barrett bested Marshall Kent (left) of Yakima, Washington, 258-203. Barrett delivered 10 strikes on his way to the win, while Kent was unable to recover from opens in the third and fifth frames. 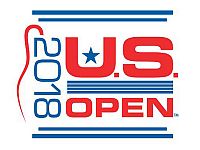 All competitors at the 2018 event bowled 24 qualifying games over three days to determine the 36 players advancing to a cashers’ round. After eight additional games, the field was cut to the top 24 players for round-robin match play.

The five finalists were determined by total pinfall, including bonus pins, for 56 games.

The U.S. Open was the fourth and final major championship on the 2018 PBA Tour schedule and was conducted jointly by the USBC and Bowling Proprietors’ Association of America.

Each round of the 2018 U.S. Open leading up to the stepladder finals was broadcast live on PBA’s online bowling channel Xtra Frame on FloBowling. 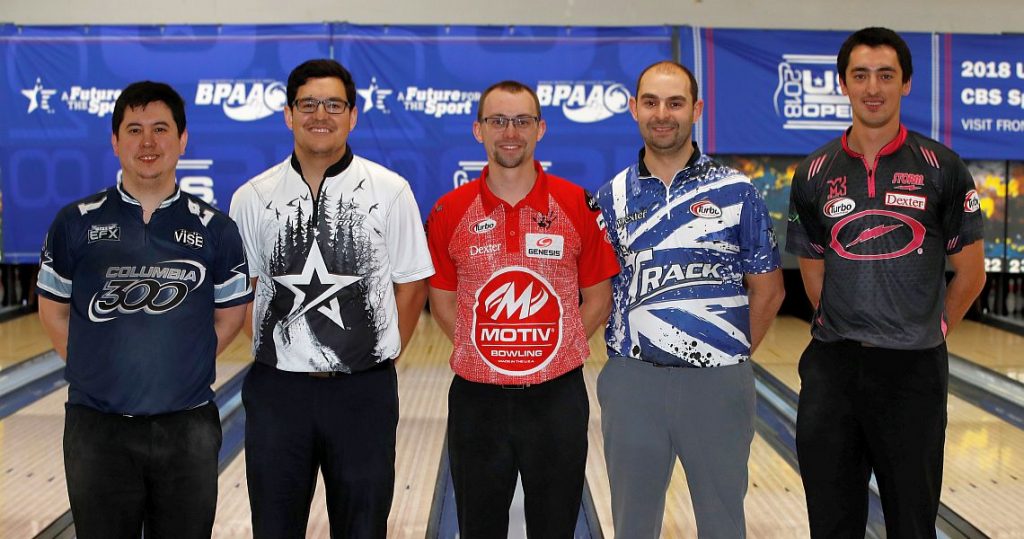