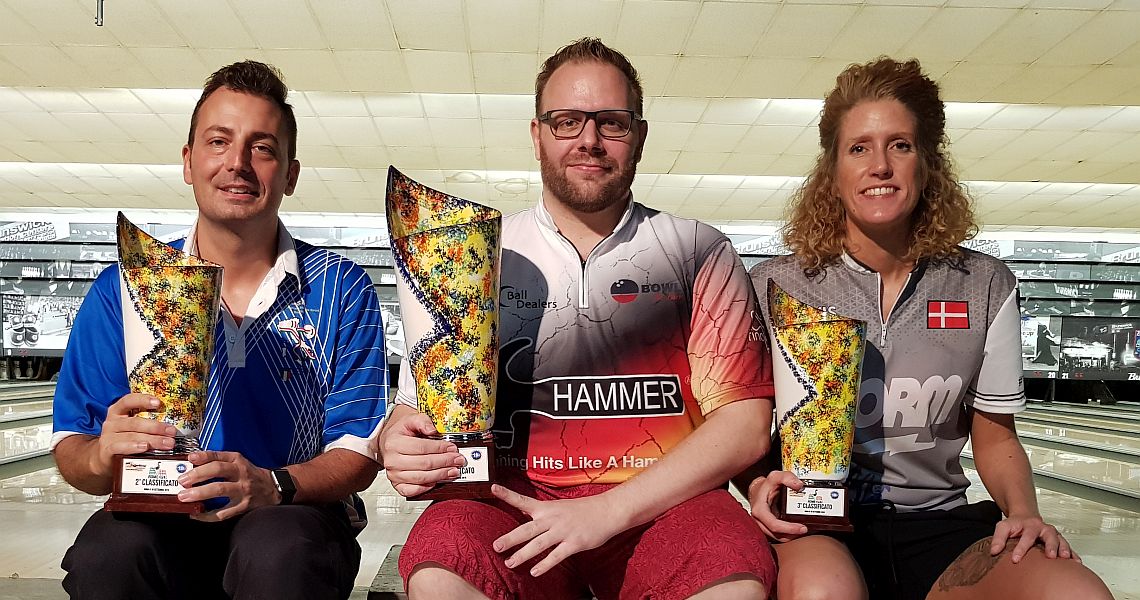 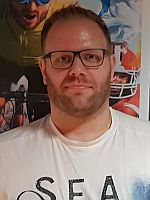 In the last match of the eliminator finals went into overtime in which the German national team member edged Piearpaolo De Filippi of Italy, 10-8, in a one-ball roll-off, after a 198-198 tie. De Filippi received 2.500 Euro for second place. 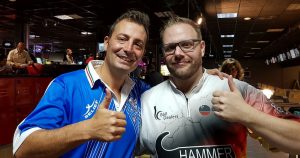 Morig (643) and De Filippi (637) led the fourth and last three-game round, which trimmed the field to the top eight players who determined the champion in four one-game eliminator rounds. 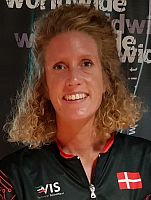 By finishing Round Four in 1 and 2, Morig and De Filippi advanced directly into the semi-final match, while the remaining two women, Mai Ginge Jensen (right; 634) of Denmark and Amandine Jacques (630) of France advanced to the quarterfinal match by qualifying in third and fourth place, respectively. 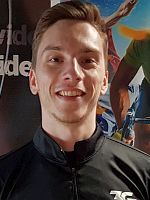 In the opening eliminator match, No. 5 Gaëtan Mouveroux (left) of France, No. 6 Antonino Fiorentino of Italy, No. 7 Rob Thurlby of England and No. 8 Oleksander Nechypaiev of Ukraine squared off. 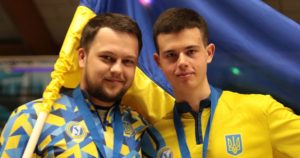 Mouveroux (222) and Nechypaiev (right; 215), the 2017 European Youth Championships silver medalist in Masters who bowled his way into the eliminator round from Round One, advanced while Thurlby (212) and Fiorentino (201) were eliminated to finish in seventh and eighth place, respectively.

Mouveroux and Nechypaiev met the two women in the next round. Nechypaiev (182) and Jensen (180) ousted Mouveroux (177) who finished in fifth place. His fellow countrywoman Jacques had to withdraw to end in sixth place.

In the semifinal match, top seeded De Filippi (203) and Morig (198) bowled solid games to hold off Jensen (174) and Nechypaiev (165). Jensen, who was trying for her first EBT title to become the fourth Danish women’s titlist after Kamilla Kjeldsen, Britt Brøndsted and Iben Tchu, finished third and Nechypaiev ended his run in fourth place.

Live Streaming was provided by BowlZone.

The Rome Open All4bowling, formerly known as Roma International on the European Bowling Tour in 2010 and 2011, was the 11th and penultimate stop of the 2018 season and the last of three EBT “Satellite” tournaments this season, the lowest of the five EBT categories (satellite, bronze, silver, gold and platinum). The tournament was held from September 8-16 at 24-lane Brunswick Bowling in Rome, Italy.

In addition to the regular prize fund, there was a so called “300 Jackpot” competition, which included all games played in qualifying and Desperado Squad at no additional fee. Alessandro Santu of Italy rolled the tournament’s lone 300 game in squad 15 to earn 2.000 Euro.

Qualifying (six games, unlimited re-entries) ran from September 8 to 15 and concluded with the one-game Desperado Squad. Women received 8 pins handicap each game, an equality handicap provided to women in all EBT events. Maximum score is 300.

Total 44 players advanced to the finals on Sunday, September 16, including the top 32, the top three players from squads 1-4 and the top five from squads 5-10 who were not among the top 32, plus the top 4 of the Desperado Squad.

The 2018 European Bowling Tour concludes with the Norwegian Open 2018 by Brunswick, an EBT “bronze” tournament, which will be held October 5-14 at Lucky Bowl Veitvet in Oslo, Norway. BowlingDigital will provide onsite coverage of the event commencing Thursday, Oct. 11, all the way through to the finals on Sunday, Oct 14. 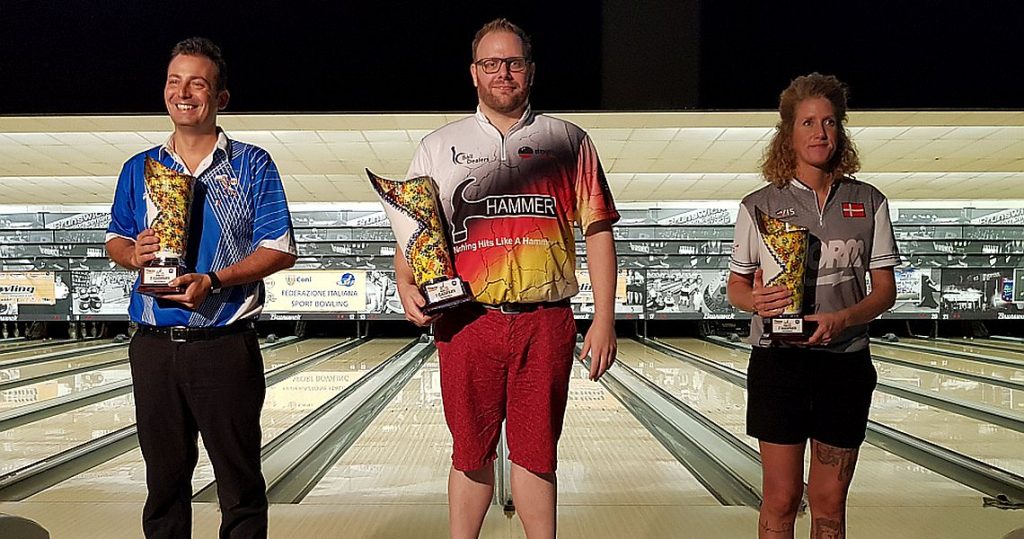