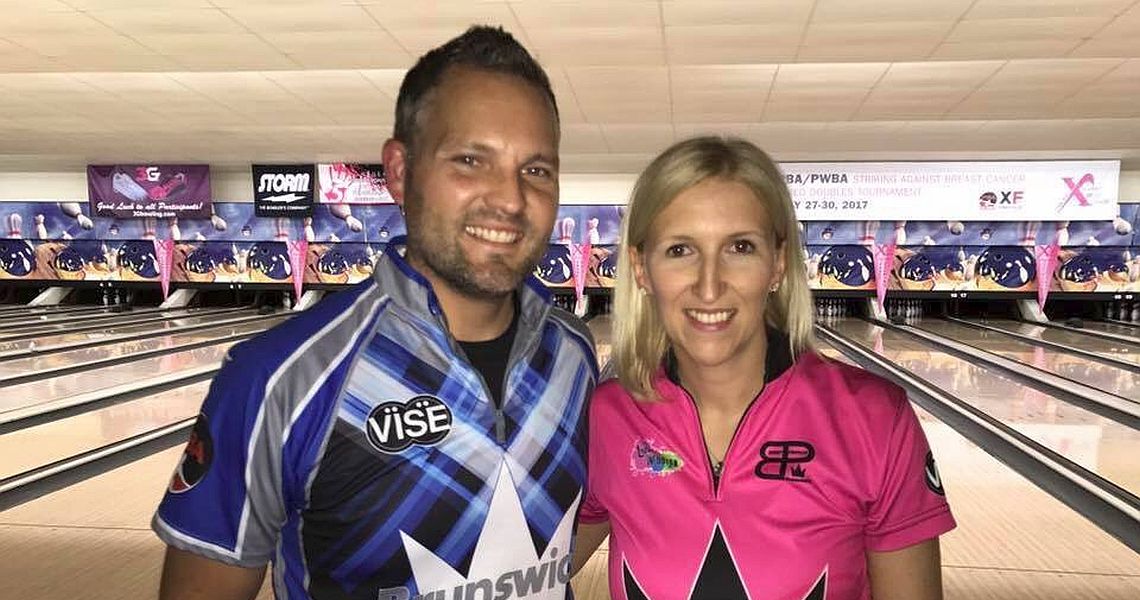 As a capacity field of 160 teams representing Professional Bowlers Association, Professional Women’s Bowling Association, World Bowling and intercollegiate champions from around the world prepare to shoe-up for the 19th annual PBA-PWBA Storm Striking Against Breast Cancer Mixed Doubles Championship – affectionately called “The Luci” in memory of the reason it exists – the only question that matters is, which duet will find the magical elixir this year.

The “SABC Mixed,” which will be live streamed from first ball to last by PBA Xtra Frame on FloBowling, began in 1999 when Donna Conners launched a tribute bowling tournament to honor the memory of her late friend, breast cancer victim Luci Bonneau.

In the ensuing years, it has generated in excess of $800,000 to benefit breast cancer research and assistance to breast cancer victims. And as a sporting event, it has accomplished all of Conners’ wildest dreams.

Now based at Houston’s Copperfield Bowl, it has become a magnet for the world’s best bowlers, men and women. Australia, China, Colombia, England, Germany, Indonesia, Japan, Latvia, Poland, Ukraine, Venezuela plus the U.S. are represented.

There are PBA and PWBA Hall of Famers and Players of the Year in the field, along with a handful of “senior” players along with a group just emerging from their teenage years. 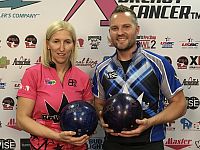 The defending champions are Germany’s Birgit Pöppler and PBA Tour champion Jason Sterner of Rockledge, Fla. (right and featured photo), who had never bowled together until quirky circumstances matched them up at the last minute in 2017. 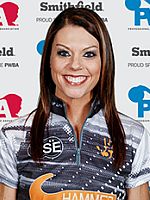 Beyond that, players named Shannon seem to shine in this event. PWBA Tour star Shannon O’Keefe (left) of O’Fallon, Ill., has won the event four times – three with PBA star Bill O’Neill of Langhorne, Pa., and once with her husband, Bryan O’Keefe.

The tournament will involve four 40-team squads bowling seven games Friday, July 27, and Saturday, July 28, at 8 a.m. and 2 p.m. CDT, to arrive at the top 40 teams that will advance to Sunday’s five-game semifinal round at 8:30 a.m.

After a total of 12 team/24 individual games, the top eight teams will bowl an eight-game round-robin match play round to complete the event. Total pinfall for 20 team/40 individual games, including match play bonus pins, will determine the winners. PBA and/or PWBA Tour title(s) will be awarded if the respective player is a PBA/PWBA member.

The tournament, which is a part of the 2018 Go Bowling! PBA Tour schedule, also is a World Bowling Tour points event.

Friday and Saturday evenings are reserved for grassroots league bowlers who will participate for thousands of dollars in cash and prizes in an exceptional pro-am event. A new feature for this year’s event will be a “Beauties vs. Beasts” team event Thursday at 4 p.m., pitting last year’s top women qualifiers vs. last year’s top men in a five-game Baker format clash.

All of the activities are aimed at raising money for , a Houston-based organization that helps women who can’t afford breast care treatment or mammograms, and the Huntsman Group, a cancer research based in Utah.

For the third year in a row, bowling fans around the world will be able to follow the event from start to finish, live on PBA’s Xtra Frame on FloBowling online video-streaming service. To subscribe to Xtra Frame, visit FloBowling.com.

For those who would like to support Conners’ efforts, but can’t attend the event, ckick here to make a contribution online.