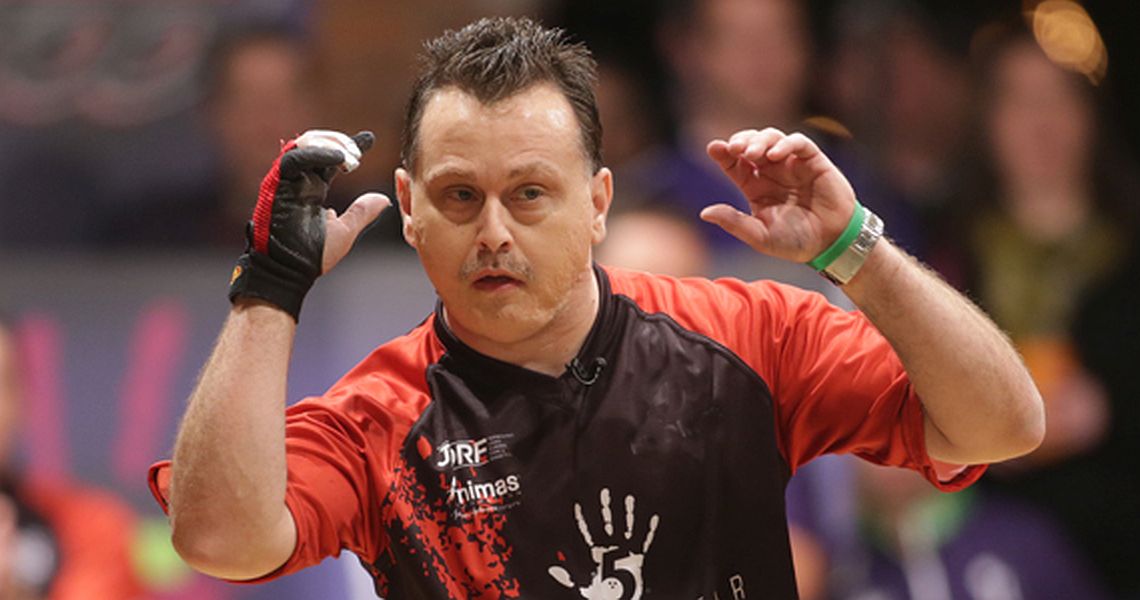 Ryan Shafer (pictured above) of Horseheads, N.Y., who won the 2015 Delaware title to end a 12-year PBA Tour title drought, will be back to try to defend his title.

The Delaware tournament will be the fifth in a modified schedule of eight Xtra Frame Tour points events. Other events to come include the Xtra Frame Parkside Lanes Open in Aurora, Ill., Oct. 1-2; the Xtra Frame Reality Check Classic from Sawgrass Lanes in Tamarac, Fla., Oct. 8-9, and the Xtra Frame Las Vegas Open from South Point Bowling Plaza, Oct. 29-30.

The previously-scheduled Billy Hardwick Memorial planned for Memphis, Tenn., in November has been postponed. XF Series points were not awarded for the PBA-PWBA Xtra Frame Striking Against Breast Cancer Mixed Doubles event.

In Xtra Frame Series events, the winner earns 25 points, second place earns 19 and points decline by one for each place through 20th. PBA Bowling Challenge users are asked to vote on what new Product Registered balls they would like to see introduced into the game over the next two months. The wildly-popular game for mobile devices will regularly post a survey asking fans to choose one ball from a specific company’s newest line of equipment.

The “winning” ball based on fan input will be available in the game within the week along with a code to purchase the ball for 50% off (the code will only be available on the specific companies’ social media pages). In addition, each company will have a flashback weekend where all its previous balls will be available for that weekend only.

This week fans can vote on the Track ball they’d like to see added to the PBA Bowling Challenge. To take the survey, click here. Anthony Simonsen (left), the PBA’s teenage two-handed star, will be among the PBA stars who will compete for Team USA in the upcoming Pan American Bowling Confederation Championships Sept. 12-23 in Cali, Colombia.

Simonsen, who had earned a spot on Junior Team USA, was added to the adult Team USA roster earlier in the year.

In addition to winning his first PBA Tour title in the Mark Roth/Marshall Holman PBA Doubles Championship with partner Connor Pickford in January, the Austin, Texas resident won the USBC Masters for his first major, and made his Junior Team USA debut at the World Youth Championships in Lincoln, Neb., in early August, winning gold medals in doubles, team and masters competitions.

“If you would’ve told me a year ago this is how my year would’ve gone, I wouldn’t have believed you until I saw it,” Simonsen said.

“Even now, I don’t think it all has sunk in. A lot of amazing things have happened, and I definitely have the confidence going into PABCON. I feel mentally strong and know I can compete alongside these guys, but I’m still looking forward to new experiences and the chance to learn even more.”

Team USA has been dominant at past PABCON events, winning 258 total medals, 150 more than Mexico, which is second on the medal table with 108. The PABCON Championships will include six disciplines – singles, doubles, trios, team, all-events and Masters.

Next up on Xtra Frame: PBA50 Tour set for season-finale in Elkhart The PBA50 Tour will conclude its 2016 season early next week with the final major of the year. Exclusive Xtra Frame coverage of the inaugural PBA50 National Championship to benefit Riley Hospital for Children is set for Monday-Wednesday, Aug. 15-17, from Signature Lanes in Elkhart, Ind.

In the meantime, PBA players ages 60 and older are wrapping up an Xtra Frame doubleheader in Ft. Wayne, Ind., today, Friday and Saturday at Pro Bowl West which is hosting the PBA60 Dick Weber Championship presented by Hammer. The title was Scroggins’ 45th in QubicaAMF PBA Regional competition, including standard and PBA50 events. He also earned $2,000.

Scroggins downed Ron Mohr of Las Vegas, 235-215, and Williams topped Kevin Foley of Reno, Nev., 247-226, in the semifinal round to set up the championship match.

Tang and Hattori defeated Dan Long of Bakersfield, Calif. and non-member Anthony Thompson of Redding, Calif., who had a 7-3 match play record and 8,677 pins. Tang and Hattori shared the $4,000 first prize. Long and Thompson earned $3,000.

The Tony Reyes Memorial, which is named in honor of the late PBA Tour champion who died in 2012, was part of the QubicaAMF PBA Regional Tour. Sterner, the no. 2 qualifier going into the stepladder finals, received $2,600 for his 10th QubicaAMF PBA Regional win while the 18-year-old Zogg, who is planning to attend Webber International University in Lake Wales, Fla., earned $1,400 in scholarship money for his SMART account.

In the first stepladder match, non-member Trevor Roberts of Crystal River, Fla., disposed of Tom Daugherty from Riverview, Fla., 204-157. Sterner then eliminated Roberts, 248-155, to advance to the championship match.

Coco, a second-year PBA member, just missed his first title in the May non-champions event held at the same center, when he lost in the title match to fellow lefty Gary Haines of West Babylon, N.Y. With his win, Coco became eligible to enter the 2017 FireLake PBA Tournament of Champions.

Coco qualified second, three pins behind multi-PBA Tour titlist Ryan Ciminelli of Cheektowaga, N.Y. In the match play elimination rounds, he then ousted Rusty Thomsen of Carteret, N.J., 3-1, in the best-of-five-game Round of 16 and David Knight Jr. of Glassboro, N.J., 2-1, in the best-of-three game Round of 8 before beating Anthony Pepe of Elmhurst, N.Y., 232-201, in his semifinal round match. Angelo eliminated Ciminelli, 233-220, in the other semifinal match.

The Aug. 19-21 weekend will be headlined by the PBA Gene Carter Pro Shop Classic, presented by Xtra Frame, at Mid-County Bowling and Entertainment Center in Middletown, Del. The PBA Xtra Frame Tour event is projecting a $15,000 first prize along with a PBA Tour title. Also over the Aug. 19-21 weekend, the QubicaAMF PBA Regional schedule includes the Emerald Bowl Southwest Challenge for non-champions and the PWBA-PBA Emerald Bowl Open for women. Both events in Houston, Texas, will be presented by Hammer. Also on tap is the Dave Husted Northwest Open presented by 900 Global at Milwaukie Bowl in Milwaukie, Ore. Joycelyn Jakubowski, mother of PBA’s ESPN and Xtra Frame lead announcer Mike Jakubowski, died Monday at her Milwaukee area home after a lengthy struggle against cancer. She was 73.