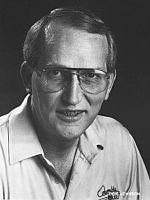 On Saturday, April 4, 1970, eventual PBA Hall of Famer Don Johnson had already locked up the Firestone Tournament of Champions title with his 11th consecutive strike at Riviera Lanes in Fairlawn, Ohio. As opponent Dick Ritger and millions of ABC-TV fans watched, Johnson threw what appeared to be another perfect shot in pursuit of a $10,000 perfect game bonus.

But the 10 pin stood, and Johnson fell to the approach in disbelief and disappointment. That iconic image, captured on black-and-white film by an Akron Beacon-Journal photographer, is arguably the most reproduced photo in bowling history, and it spawned an artistic interpretation by Marc Moon that graced the cover of the 1971 PBA Tour Program.

Johnson’s historic 299 also has been selected as the “most memorable moment” in the PBA’s 60-year history, as revealed during Sunday’s ESPN telecast of the Go Bowling! PBA 60th Anniversary Classic from Woodland Bowl in Indianapolis.

That moment along with the other “top 10” moments kicked off the unveiling of all 60 “most memorable moments” that will be revealed, one a day, Monday through Friday, on the PBA’s social media outlets beginning next Monday and continuing until all 60 moments are announced.

Sunday’s top 10 – which were previewed to the more than 300 attendees at the PBA 60th Anniversary Celebration dinner and Hall of Fame ceremonies Saturday night – include the following.

Note the list actually includes 11 “memorable moments” due to a tie for 10th place. Keep in mind the list, selected by a large group of long-time industry veterans, players, PBA officials, etc., is focused on the “most memorable moments” in PBA history, not necessarily the “greatest” accomplishments.

Each score you bowl that beats Butturff’s 244 will count as an entry. One entry will be randomly selected as the winner and will receive a bowling pin signed by Butturff plus 5,000 Gold Pins! Players can enter scores as often as they wish until 12:59 a.m. EST on Monday, Feb. 26. Here is a link to the official rules.

The PBA Xtra Frame Port Property Management Maine Shootout, a single-elimination match play event offering a PBA Tour title if the winner is a PBA member, will be held April 17-18 and will be covered from start to finish, live on PBA’s Xtra Frame live streaming channel.

The OceanView at Falmouth PBA League competition will begin with a “seeding” round for all eight teams on Friday, April 20, followed by quarterfinal, semifinal and Elias Cup championship rounds on Saturday and Sunday. All of the weekend rounds will be live streamed on ESPN3 and taped for delayed telecast on ESPN on four consecutive Sundays at 1 p.m. EST, beginning on April 22.

Skechers, one of America’s leading footwear manufacturers, has joined the lineup of advertisers participating in the 2018 Go Bowling! PBA Tour telecast series on ESPN.

“Skechers is excited to be a part of the current schedule of PBA Tour telecasts on ESPN. The audience of the PBA Tour fits our demographic profile nicely for our ‘wide fit’ line promoted by Howie Long and our line of Skechers slip resistant “work” footwear,” said Skechers Senior Vice President of Advertising Gary Patrick.

PBA’s series of live telecasts in February will be followed by coverage of the Mark Roth-Marshall Holman PBA Doubles Championship, the USBC Masters and the PBA League Elias Cup series in late March and April, reaching millions of American sports fans. 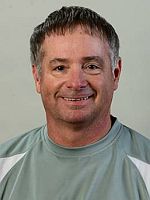 Baker, who won $2,000 along with his 28th career regional title, left a 4 pin on his second roll-off attempt after the players tied at 237-237 and both threw strikes with their first roll-off shots. Needing a strike to win or nine pins to extend the match, Thomsen left the 2-5 on his second shot to hand Baker the title. Thomsen pocketed $1,000 as the runner-up.

In the semifinal round, Baker defeated Dick Gran of Hartville, Ohio, 186-170, while Thomsen disposed of Brian Kretzer of Dayton, Ohio, 232-178.