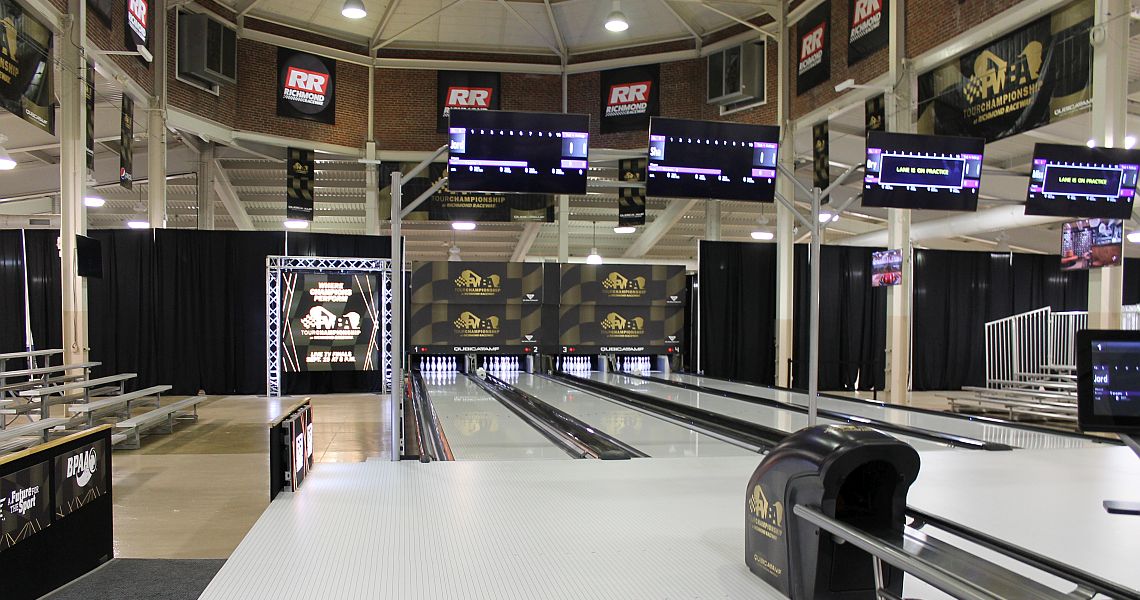 18 September, 2018
PWBA Tour
3085
Ads
Though Mother Nature disrupted the opening day of competition at the Professional Women’s Bowling Association Tour Championship on Monday, four players were able to weather the conditions on the lanes and advance to the second round.

Kelly Kulick of Union, New Jersey; Liz Kuhlkin of Schenectady, New York; Missy Parkin of Laguna Hills, California; and Jordan Richard of Tecumseh, Michigan, each advanced in the best-of-five format inside the Old Dominion Building at Richmond Raceway as competition was delayed multiple times due to weather-related issues in the area.

The 2018 PWBA Tour Championship brings together the top 16 players of the season in a single-elimination competition, and the finals will be broadcast live Wednesday at 8 p.m. Eastern on CBS Sports Network. 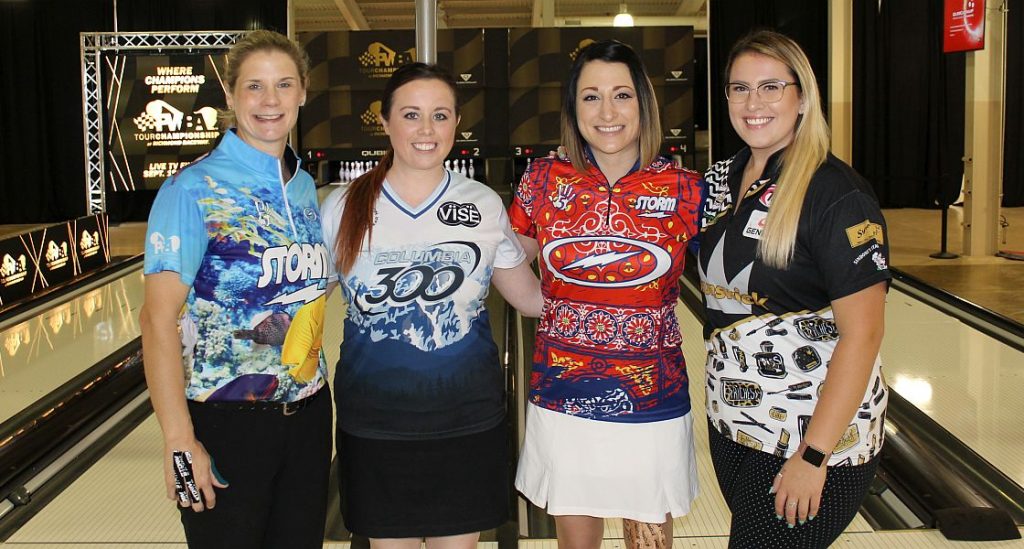 Kulick and Kuhlkin went to the deciding game in each of their matches, eliminating Josie Barnes of Nashville, Tennessee, and Lindsay Boomershine of Perry, Utah, respectively, 3-2.

Kulick, last year’s runner-up at the Tour Championship, saw plenty of transition on the 40-foot lane condition in her back-and-forth contest with Barnes, but jumped into the right bowling ball in the final game on the way to a 256-173 win.

Kulick now will have a second-round match Tuesday with three-time PWBA Player of the Year Liz Johnson of Palatine, Illinois, who earned a first-round bye based on her ranking on the points list.

“Liz and I are such good friends and have so much respect for each other both on and off the lanes,” Kulick said. “She’s going to stay right, I’m going to be left and know I can’t make many bad shots against her. She’s beaten me the last few times we’ve met, so I’m due to maybe make her drive home early this week. Confidence wise, I’m doing really well and feel good. I have no expectations and just want to have fun, throw the ball and see what happens.”

Kuhlkin gained an early 2-0 advantage against Boomershine, but Boomershine found the right look to even the match up after wins of 208-181 and 255-203.

Boomershine was in position to shut out Kuhlkin heading into the final frame of Game 5, but she was unable to convert the 3-6 combination to give Kuhlkin the chance to rally for the win after strikes in the eighth and ninth frames. Needing the first strike and nine pins on her first two shots to move on, Kuhlkin delivered all three strikes in the 10th frame for a 202-189 win.

“Those are the situations that we bowl for,” said Kuhlkin, who won this year’s U.S. Women’s Open for her first career major championship. “When you have to step up and make two really good shots to win, I live for those moments.” 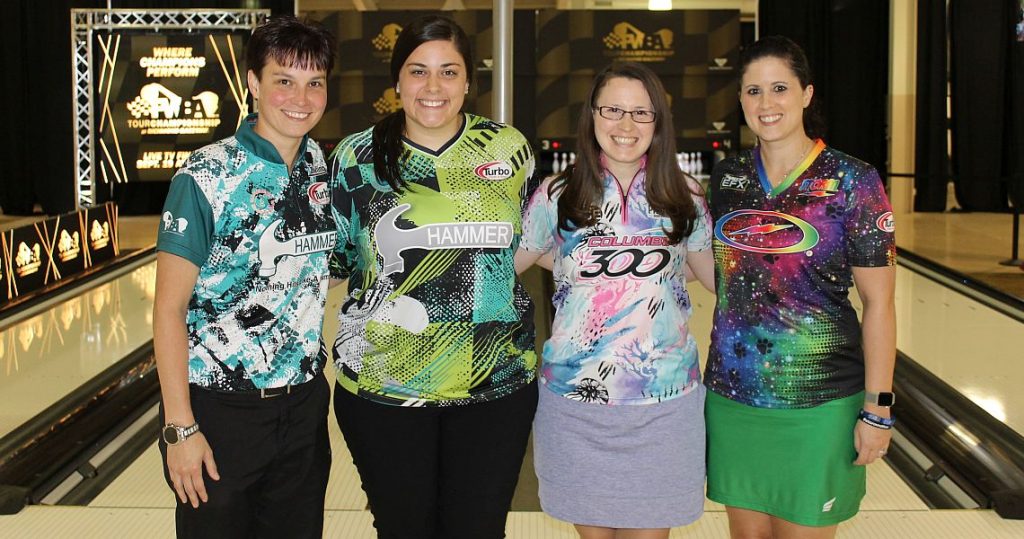 Kuhlkin will face Parkin in the second round Tuesday at noon Eastern. Parkin also went to a deciding game in her match against Bryanna Coté of Red Rock, Arizona, claiming a 3-2 victory.

“I definitely learned a lot about how the lanes are going to transition,” said Kuhlkin, a two-time PWBA Tour champion. “But overall, I have to trust myself to make good shots. I shot spares really well today and want to continue that and keep the same mindset. All of these matches will be close, because everyone’s here for a reason. I just have to keep my head on my shoulders and keep making good shots.”

Richard, the 2018 PWBA Rookie of the Year, swept Shannon Pluhowsky of Dayton, Ohio, to advance, 3-0.

A third pair of matches originally were scheduled for Monday but were moved to Tuesday at 9 a.m. Eastern due to the weather delays.

Shannon O’Keefe (left) of Shiloh, Illinois, and Danielle McEwan (right) of Stony Point, New York, have automatically advanced to the championship round as the top two players on the 2018 points list.

O’Keefe already has locked up the 2018 PWBA Player of the Year Award, but she’ll look to finish her season by defending her title in Richmond.

The 39-year-old right-hander captured her first career major championship at the 2017 Tour Championship, outlasting Liz Johnson in a three-ball roll-off in the semifinals before besting Kulick in the title match, 222-203.

All rounds leading up to the championship round will be broadcast live on BOWL.com’s BowlTV.