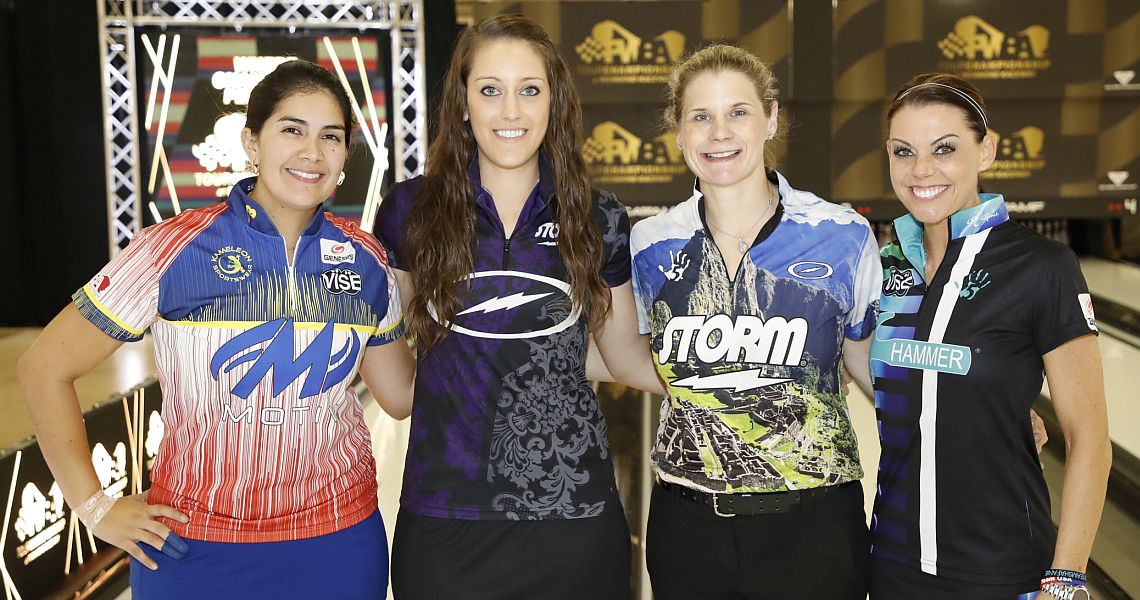 19 September, 2018
PWBA Tour
3171
Ads
The final four competitors now are set at the 2018 Professional Women’s Bowling Association Tour Championship with the completion of the third round Tuesday inside the Old Dominion Building at Richmond Raceway.

Top seeds Shannon O’Keefe of Shiloh, Illinois, and Danielle McEwan of Stony Point, New York, were automatically seeded into the semifinals based on their rankings on the season-long points list, and they’ll be joined Wednesday in the championship round by Kelly Kulick of Union, New Jersey, and Colombia’s Maria Jose Rodriguez.

McEwan, the 2015 PWBA Tour Championship winner, will take on Rodriguez in the opening match of the live televised final, which will air on CBS Sports Network at 8 p.m. Eastern. O’Keefe will face Kulick in a rematch of last year’s title tilt in the second match, and the winners will meet to see who claims the final major championship of the 2018 season and $20,000 top prize.

O’Keefe earned the top seed at the season-ending event after mathematically locking up her first PWBA Player of the Year Award at the QubicaAMF PWBA Players Championship in August. The award is determined by competition points accumulated during the season.

The 39-year-old right-hander also is defending her title at the Tour Championship after posting a 5-0 mark on her way to the win in 2017, which also was held at the Old Dominion Building. The win was the first major championship of O’Keefe’s career, which she earned by defeating Kulick in the title match, 222-203.

O’Keefe has been at the Old Dominion Building this week observing match play and filling her notebook with details of what she’s seen on the 40-foot lane condition. She feels her preparation will put her in position to succeed Wednesday.

“I’ve been gathering a ton of information trying to get prepared,” said O’Keefe, a two-time winner in 2018.

“I’ve been taking notes of the shapes and angles people are playing, which bowling balls they’re using, seeing which way you want to miss and more. I just tried to watch as intently as possible and mentally imagine myself in each match. There’s something different about getting those competitive games in, and I’m in the unique situation where I don’t get to take advantage of that. There is a bit of anxiousness to get out there, but I’m ready to go.” 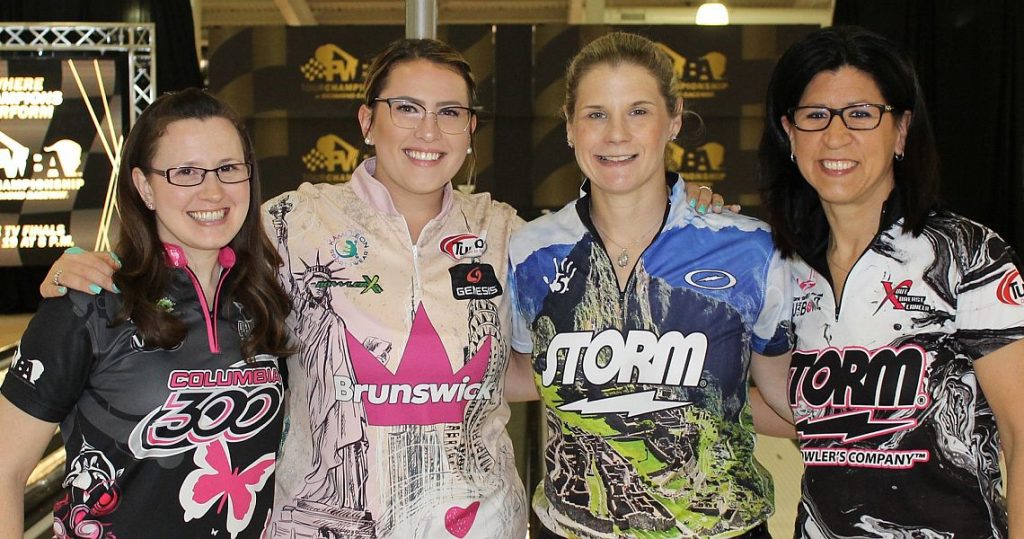 After going the distance in the best-of-five format Monday against Josie Barnes of Nashville, Tennessee, Kulick settled in Tuesday by sweeping Liz Johnson of Palatine, Illinois, 3-0, and besting Liz Kuhlkin of Schenectady, New York, to advance to the semifinals, 3-1.

“This means I still got it,” said Kulick, a six-time major champion. “I might have been out of the picture for a little while, but things have become clear the last few weeks. I came in here with no expectations whatsoever, which allowed me to be who I was and who I am and just enjoy the moment.”

Kulick has been in the hunt time and time again since the relaunch of the PWBA Tour in 2015, collecting a total of 15 championship-round appearances heading into competition this week. However, she’s only recorded one win (2017 PWBA Fountain Valley Open) and is ready to have the hits fall her way.

“I feel like I’m owed a few breaks,” Kulick said. “I feel like I’m putting in the work and effort, but I’m missing something, and it’s time I don’t miss it. But, I’m going to bowl the pins, and the plan is to knock down more of them than my opponent.” 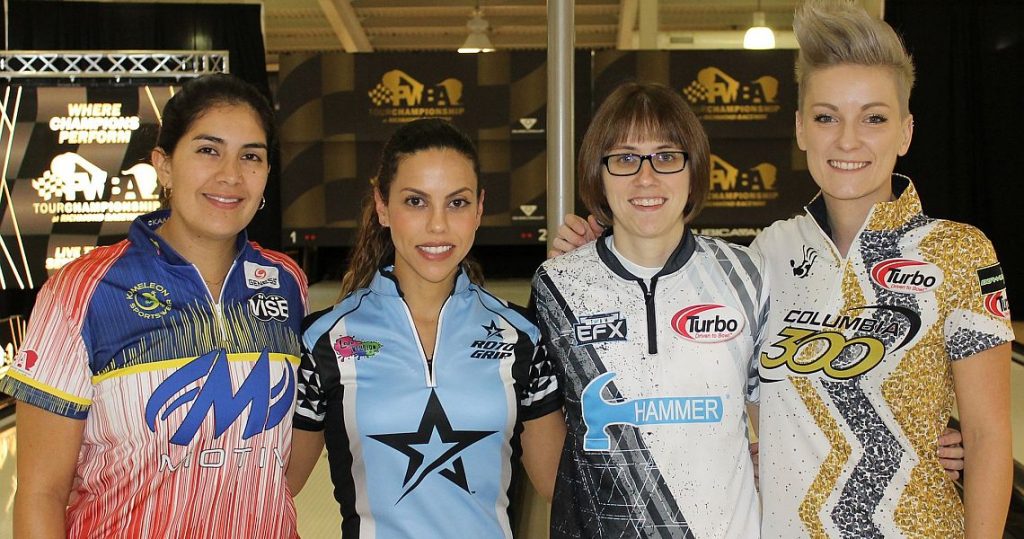 Rodriguez had the most interesting path to Wednesday’s championship round after her opening match against Rocio Restrepo of Louisville, Ohio, was rescheduled to Tuesday morning due to severe weather issues in the area Monday.

Having to win three matches to advance to the semifinals, Rodriguez would go on to defeat Restrepo (3-2), 2018 PWBA Rookie of the Year Jordan Richard of Tecumseh, Michigan (3-2), and Latvia’s Diana Zavjalova (3-2) to make her second championship-round appearance of the season.

“I don’t like to make it easy,” said Rodriguez, the 2014 United States Bowling Congress Queens champion. “Every match is stressful, but I just tried to trust my process and keep grinding. I was throwing it well against Diana even though I was down 0-2, but I paid the price for every little mistake. I was able to figure out how to minimize those mistakes.”

Rodriguez, a 29-year-old right-hander, had set a personal goal of winning one game this year after being swept in her two previous trips to the Tour Championship.

Fresh off back-to-back sixth-place finishes at the Nationwide PWBA Columbus Open and PWBA Players Championship, she quickly erased that statistic in her first game against Restrepo and never looked back.

“My goal was to just to win one game at this tournament,” said Rodriguez, the runner-up at the 2018 PWBA Louisville Open. “It feels great to break through.”

All rounds leading up to Wednesday’s championship round were broadcast live on BOWL.com’s BowlTV.