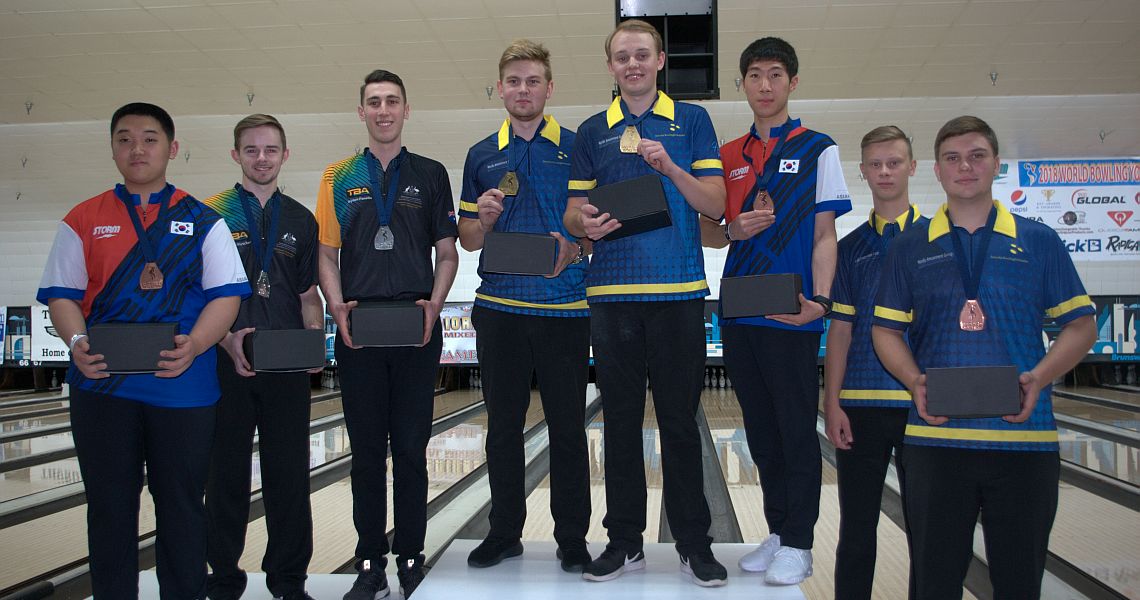 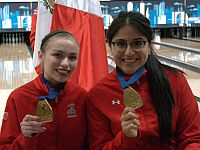 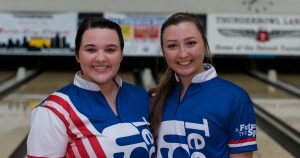 While the Junior Team USA girls (left) have won two silver and a bronze in singles and doubles, the U.S. boys still are seeking their first medal-round appearance at the 2018 event heading into the team competition, which will get underway Tuesday.

The boys doubles gold medal was earned by Robert Lindberg and Alfred Berggren of Sweden (l-r), who cruised to a 479-383 victory over Australia’s Jayden Panella and Blayne Fletcher. Team Sweden leads the medall tally after two of five disciplines with one gold and three bronze medals.

The Swedes combined for 16 strikes in the gold medal match on the way to games of 255 for Lindberg and 224 for Berggren, while the right lane proved to be the undoing for the Australians (left), yielding three splits and a washout. Fletcher shot 193 in the loss, and Panella added 190.

Mexico’s Limon was dominant in qualifying, opening her six-game block Sunday with a 774 series, a three-game record at the World Youth Championships, while her 1,412 block tied the six-game mark.

She and Orozco also set the single-game record for girls doubles with a 516 second-game effort and went on to outdistance Clemmer and Bailey for the top seed by 52 pins.

Limon’s striking ways continued in the championship match, and five consecutive strikes to start the game applied early pressure, before four splits, two from Orozco in the fourth and fifth frames and two from Limon in the sixth and seventh frames, eliminated the advantage.

Limon struck on her next three shots, and Orozco rallied with four consecutive strikes of her own. Orozco was able to lock up the match with nine-count on the first shot of her final frame, after Clemmer failed to strike on her own first offering.

Limon finished with a 227 game, and Orozco contributed 206 in the win. Bailey led the way for the United States with 226, and Clemmer had 194.

“Sometimes, the energy you have just knowing you’ve won a medal makes it hard to focus, and after the splits, it’s important to stay calm and refocus and figure out a way to strike again,” Limon said. “Winning this gold medal means everything, and it’s a great way to say goodbye to the youth events, since it’s our last year.”

All four players in the girls final credit college bowling for their focus, teamwork and resilience. 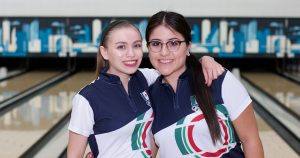 Limon and Orozco (right, l-r), who both hail from Tijuana, Mexico, have spent many years together on the lanes, so they’re familiar and comfortable, and bowling at the Savannah College of Art and Design (SCAD) and University of Nebraska, respectively, has helped them mature as competitors. 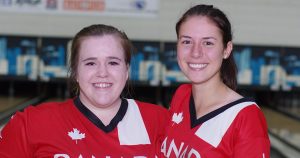 “We feel this is unreal, and because we participated in college bowling, we felt super prepared for this event,” Orozco said. “The things we learned in college bowling, especially the mental preparation, helped us today. We are proud to be able to do this for our team and all the Latino bowlers.” 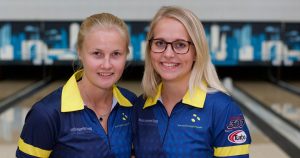 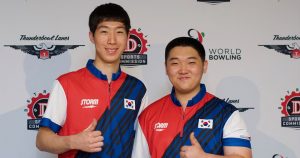 Lindberg and Berggren earned their spot in the boys final with a 451-443 victory against Han Jaehyeon and Ji Geun of Korea (left, l-r), while Panella and Fletcher downed Sweden’s Emanuel Jonsson and William Svensson (below right, r-l), 422-416. 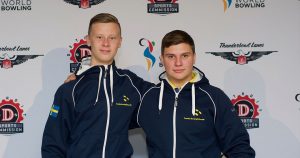 Korea’s path to the top seed for the semifinals included three records. Han rolled the third 300 of the week, and eighth in tournament history, on the way to a six-game record of 1,505, a 250.83 average. The previous mark was 1,494, rolled by England’s Dom Barrett in 2008.

The Korean tandem combined for the single-game doubles record (543) and tied the six-game mark of 2,815.

All competitors at the 2018 World Youth Championships will be back on the lanes Tuesday and Wednesday for three games of team competition each day. The top four teams in each category will advance to Thursday’s semifinals. The semifinal and final matches will feature a best-of-three Baker format.

The Junior Team USA boys are the three-time defending champions in the team event, while Korea will be trying to defend the team gold in the girls division.

Gold, silver and bronze medals will also be awarded in all-events based on 18-game pinfall totals – six games in singles, doubles and team – and the event’s top individual performers, 24 boys and 24 girls, will advance to Masters match play Thursday and Friday.

On the boys’ side, Han used his 1,505 series to rocket into the lead with 2827 total and an average of 235.58. Berggren and Ghanim Aboujassoum of Qatar are tied for second place with 2,781, with singles champion Georg Skryten mere 11 pins back in fourth place with 2,770.

The World Youth Championships is held every two years, and the 2018 edition has brought 214 competitors from 37 countries to the Detroit area to bowl for medals in singles, doubles, team, all-events and Masters competition. 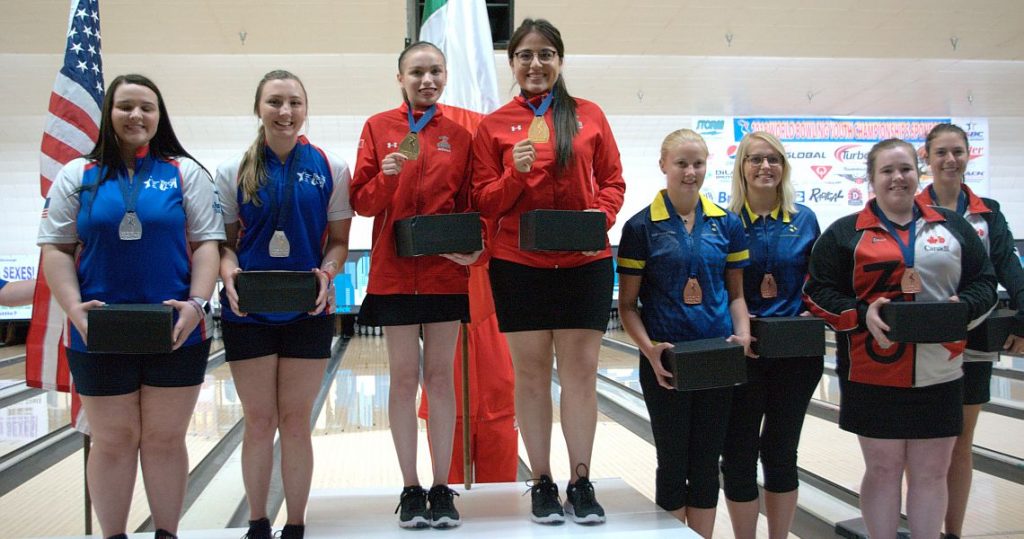 Players with position, country and 6-game total. Top 4 advance to the medal round.