26 August, 2016
Spare Shots
2610
Ads
Non-members and PBA members who live within 50 miles will have a one-time opportunity to compete for 10 entries into the PBA Fall Swing by entering the Fall Swing Pre-Tournament Qualifier on Saturday, Aug. 27, at Thunderbowl in Allen Park, Mich.

Entry into the Fall Swing PTQ is $120. All-inclusive entry fees for the Fall Swing are $750. The Fall Swing, set for Sept. 4-11, will include the Wolf, Bear, Badger and Detroit Open title events plus a King of the Swing special event to conclude the program.

The PTQ begins at 11 a.m. ET and will involve six games on the Wolf pattern. All bowlers must comply with PBA’s product rules. The PTQ will be the only opportunity for non-members to enter the Fall Swing which is otherwise a members-only competition.

For more information about the PBA Fall Swing Qualifier (PTQ) and to download an entry form click here. 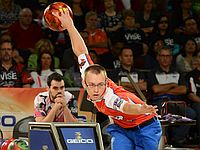 In each event, the winner earns 25 points, second place 19, third place 18, etc., declining by one point through 20th place. 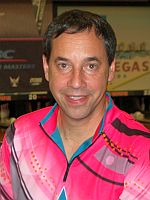 On Friday, Sept. 2, a doubles tournament and eliminator will be held as a warmup. The field is limited to 64 teams, and last year the event sold out. To obtain entry forms click here and/or here. The forms can be filled out and sent in, or emailed with a PayPal payment.

Next up on Xtra Frame: Coverage of PWBA’s season-finale set for Sept. 2-3 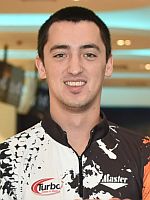 The tournament was the 37th annual regional hosted by the Husted family at the family-owned Milwaukie Bowl. It’s the longest running regional in the PBA. 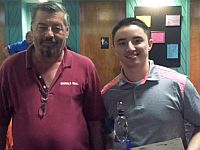 Bui, who finished the 21-game tournament with a 6-2 match play record and 4,990 total pins, started the modified eight-game round-robin finals with a 232-pin lead over fellow non-member Adam Martinez of San Antonio, Texas, and continued his supremacy to win by 316 pins over Jacob Heger of Spring, Texas, to claim the $2,400 first place check. Because Bui also is a non-member, he doesn’t receive credit for a PBA title.

On Saturday, Zavjalova (pictured with Hofer), who is now living in Austin, Texas, survived a late rush by Colombia national team bowlers Anggie Ramirez and Clara Guerrero who also live in Austin. After Zavjalova finished the eight-game event with 1,681 total pins, she had to wait and watch as both challengers had a chance to pass her with two strikes in their 10th frames. Neither managed to strike, however, leaving Zavjalova with the $1,200 winner’s check. Ramirez earned $800 for second, while Guerrero collected $460.

Reminder: Tickets are now on sale for all five PBA Fall Swing television finals which will be contested Sept. 10-11 in the historic Thunderbowl Lanes arena in Allen Park, Mich. To order tickets, click here.

Tickets are $30 for each full day, or $20 for each individual event. CBS Sports Network telecasts of the PBA’s Fall Swing events will begin on Wed., Sept. 21, at 9 p.m. ET and continue over five consecutive Wednesdays, concluding on Oct. 19.