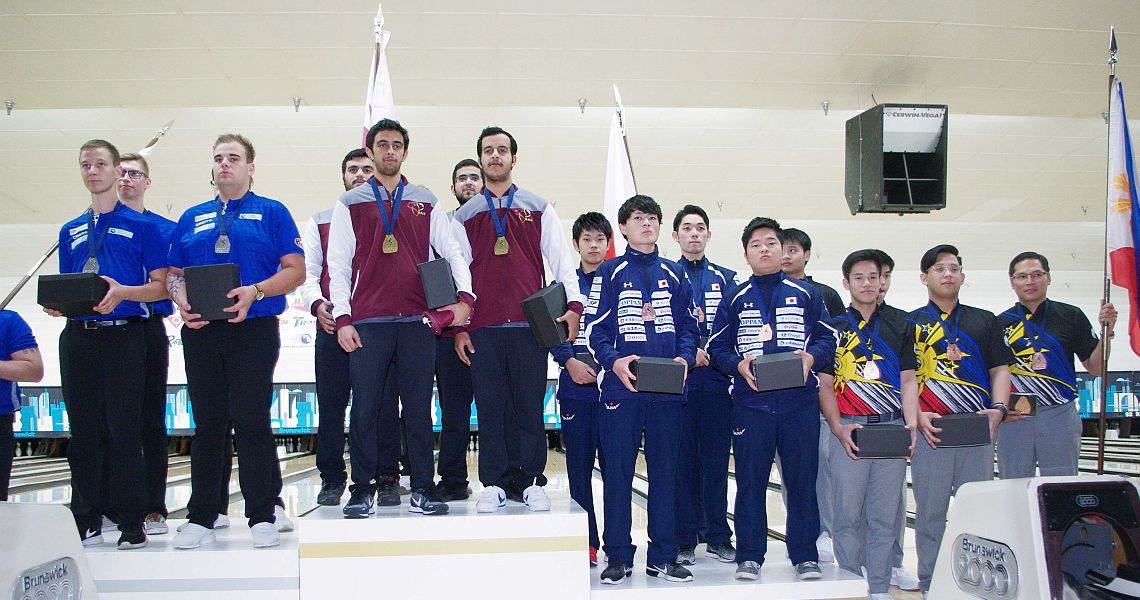 03 August, 2018
Championships
2109
Ads
For the first time since 2012, the Junior Team USA girls claimed the coveted team gold medal at the World Bowling Youth Championships, while the boys from Qatar returned to the top of the medal stand as a team for the first time in three decades.

The girls team final Thursday at Thunderbowl Lanes in Allen Park, Michigan, was a rematch of the 2016 title tilt between Korea and the United States, and it gave Junior Team USA a chance at redemption on its home turf. 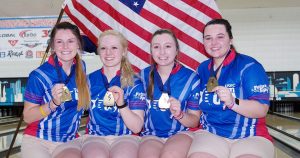 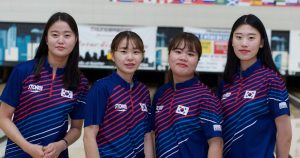 Junior Team USA jumped out to an early lead in the opener, before a missed single pin in the sixth frame and back-to-back splits to end the game, gave the defending champions (right) the advantage and momentum.

After starting the second game with a 7-10 split, the Junior Team USA girls rallied with four consecutive strikes, stole the momentum and never looked back. 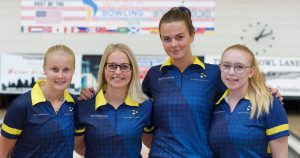 “After losing the first game, and the way we lost it, I reminded them that in the big picture, it was just one game of Baker,” Junior Team USA head coach Bryan O’Keefe said. “Despite the start to the second game, they threw great shots to take the lead and win it. Then, they bowled unbelievable the last game when they needed it most. It’s an incredible feeling and one they’ll remember for the rest of their lives. I will, as well.” 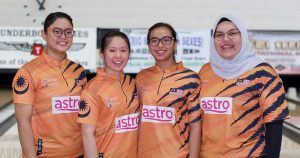 Qatar‘s return to the spotlight at the World Youth Championships also was a long time coming, with the country’s last team gold medal coming at the inaugural event in 1988. 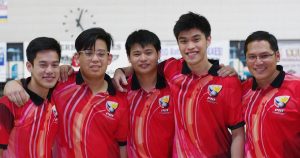 That tournament, known then as the International Youth Championships, was held in the Philippines, and Qatar’s road to the title Thursday also went through the Philippines. 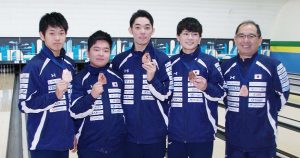 This time, Qatar defeated the Philippines (left), 2-1, in the semifinals to earn a place in the 2018 final against Finland, a 2-0 winner against top-seeded Japan (right).

Led by this week’s boys all-events gold medalist Ghanim Aboujassoum, Qatar made light work of Finland, claiming the title with a 2-0 sweep by scores of 239-238 and 233-199. 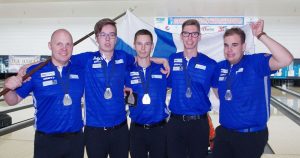 In the opening game of the title match, Finland (left) anchor and all-events bronze medalist, Niko Oksanen, struck on his fill ball to force Aboujassoum to throw three strikes in the final frame for the one-pin victory.

“We reset this program in 2009 and set a lot of goals, one of which was to win at least one medal at the 2016 World Youth Championships, which we did,” said Qatar head coach Pedro Merani (far right). “Now, to be on top of the world is amazing.”

Qatar’s success at Thunderbowl Lanes means a lot for the future of the program. Aboujassoum’s individual success also showed Merani much about his anchor bowler’s resilience and strong mental game. 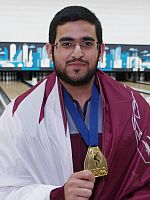 Aboujassoum (left) was frustrated after missing the cut to the singles medal round by one pin, but he maintained his focus and averaged more than 230 for 18 games to win all-events.

“This pattern (44-foot London) definitely played to Ghanim’s strengths, and even though he missed the first medal round, I was able to explain to him that I felt he had the best reaction of the entire field,” Merani said. “He was able to stay focused and keep doing what he was doing, and here we are.” 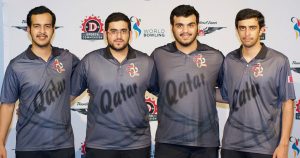 Aboujassoum was joined on the lanes by Jassem Al Deyab, Jassim Al Muraikhi and Mohammed Al Merekhi (right), the singles silver medalist in 2016.

The top 24 boys and 24 girls in all-events advanced to Masters match play, which got underway Thursday afternoon. Competition will resume Friday at 9 a.m. Eastern, with the Masters semifinals scheduled to get underway at 10:15 a.m. EDT.

The World Youth Championships is held every two years, and the 2018 edition has brought 214 competitors from 37 countries to the Detroit area to bowl for medals in singles, doubles, team, all-events and Masters competition. 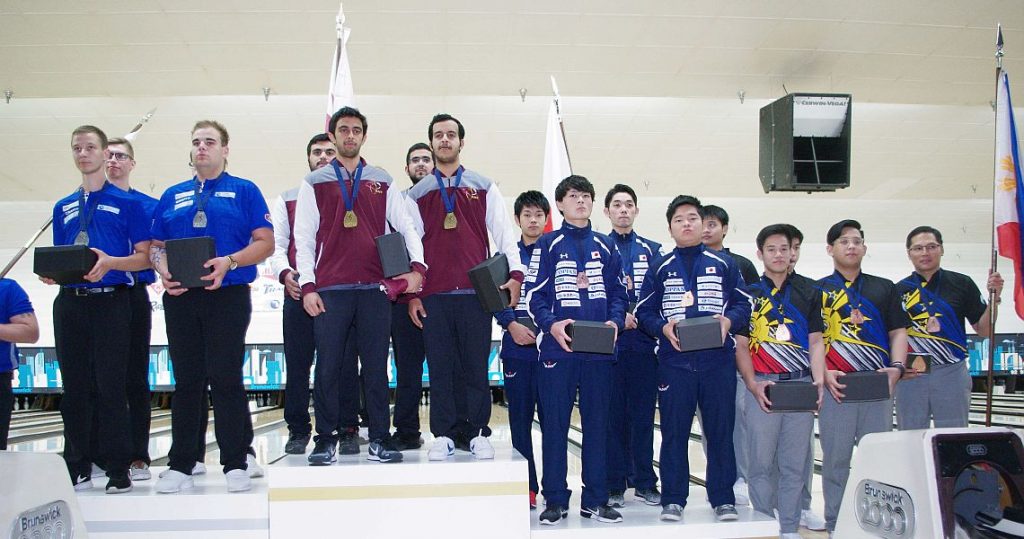 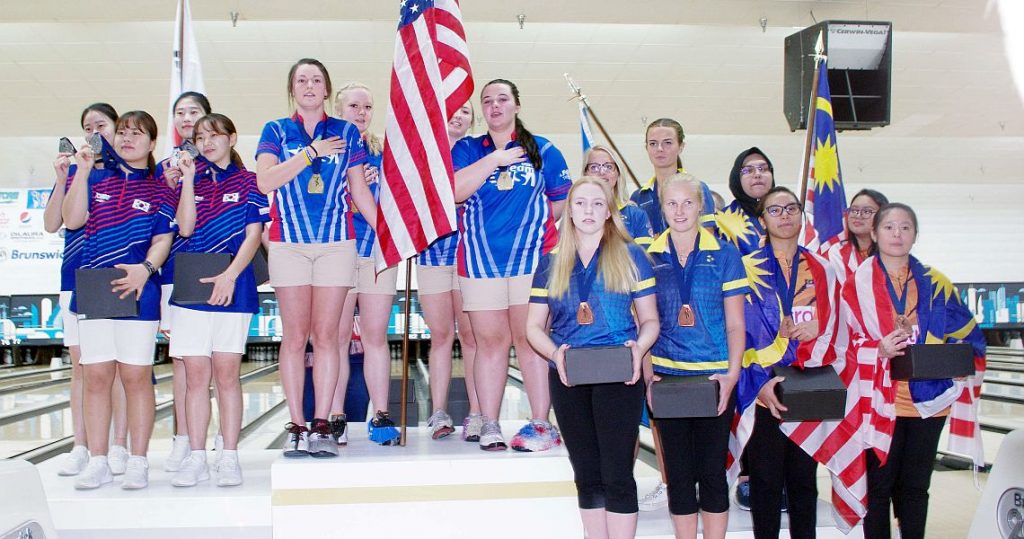 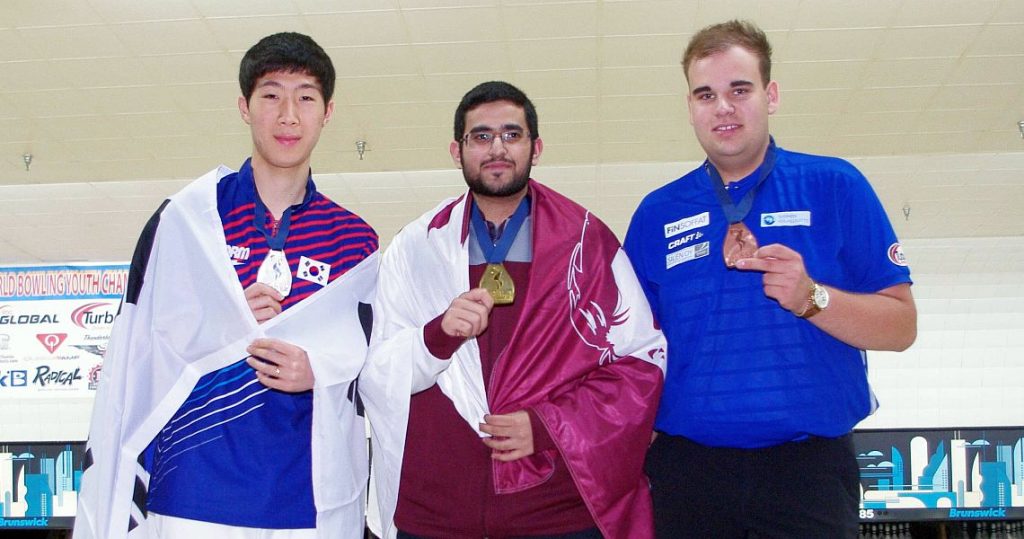 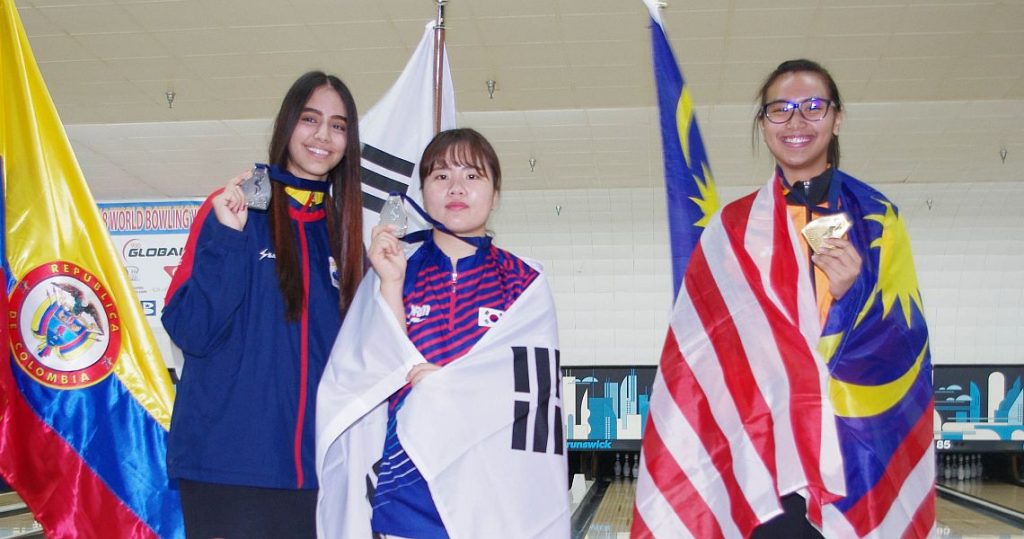