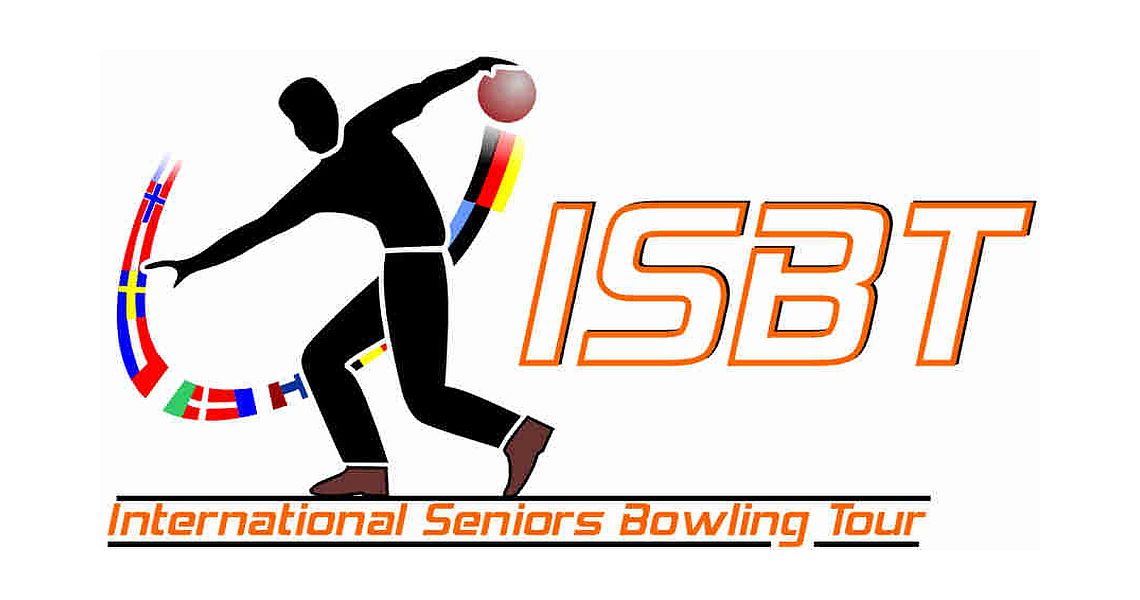 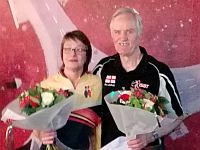 Ron Oldfield of England and Karin Lischka of Germany concluded the 2016 International Seniors Bowling Tour season with victory in the Zeeland Senior Open in Goes, Netherlands.

The final stop on the 2016 ISBT tour was a new venue, Bowling Goes in Goes, Netherlands. This 12-lane center is run by established international bowler Erwin Groen, and is well setup for competitive bowling, including a high quality restaurant which was put to good use for the traditional Saturday night players’ meal.

The entry list of 54 men and 14 women was perhaps slightly disappointing, possibly due to the lower than normal prize fund for an ISBT event, but hopefully the entries will increase next year.

The format for the tournament was a single six-game qualifying block, with unlimited re-entries. For those not able to qualify through the main leaderboard, there were additional opportunities through Scratch scores, Turbo games, and a Desperado Squad.

The tournament started on Tuesday, Nov. 29, with Netherlands bowlers John de Vries and Ben Penninkhof leading the way with 1393 and 1307. Local favorite Farida Pascoal-Blom had a fine block of 1270 to show she was still in fine form.

Bowling resumed with a single small squad on Thursday evening, won by Roger Pieters of Belgium with 1406, ahead of bowl owner Erwin Groen Netherlands. Friday saw two more squads, with Ron Oldfield and Valentin Fatu of Romania leading the way. Liliane Vintens of Belgium was top lady over the two Friday squads.

The first two squads on Saturday were led by English bowlers, Steven Jeeves and Lol Ellis. The third was won by Harald Punessen of Germany with 1508, the highest qualifying block of the tournament. Martina Beckel of Germany, a three-time winner this season, bowled 1288 to ensure her position in the ladies’ qualification standings.

At the end of qualification, the men’s leaderboard was led by Punessen with 1508, ahead of Oldfield and Fatu. The top 18 would automatically progress to the finals with Keith Hodge of England taking the last spot with 1340.

These 18 would be joined by two Turbo, two Scratch, and two Desperado bowlers, making a total of 24 qualifiers.

Beckel led the women’s section with 1288, ahead of Pascoal-Blom and Vintens. Only five women would qualify from the overall rankings, with Karin Lischka being the fifth placed bowler on 1176. These five were joined by three more bowlers, one each from the Scratch, Turbo and Desperado lists.

The remaining men bowled a four game block from scratch with the top 16 progressing to the next round. Pieters again scored well to lead with 997 from Oldfield. Carlo Greulich of Germany was the cut with 868.

The 16 qualifiers then bowled a further four games, with pinfall carrying through. Pieters slipped to third place, overtaken by Oldfield and Punessen, with Steven Jeeves, the other three-time winner this season, just squeezing through in 12th place.

The remaining 12 then bowled a further four games to determine the top four who would reach the stepladder finals. There was no change in the top four places, with Frank Lindsay of England making the cut by a single pin to join Oldfield, Punessen and Pieters. 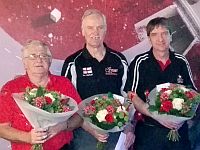 The final was a straightforward single-game stepladder. In the first match, Pieters easily dispatched Lindsay, 261-219. In the second match, he had a narrow victory over Punessen, 203-181. However, the final did not go his way, and Oldfield found the strikes for 272-247 scratch game to easily become champion for the second time in 2016.

The ladies final was much simpler, with the remaining eight bowlers playing four games to determine the top four. Top qualifier was Lischka who bowled steadily throughout for her total of 855. Also making the finals were Beckel, Jan Hodge of England and Inge Hazeleger of Netherlands. 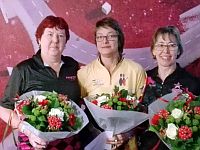 In the first stepladder match, Hodge saw off Inge Hazeleger, 211-196, but then lost in a low scoring match to Beckel, 187-157. The scoring pace picked up in the final with Lischka emerging as the winner over Beckel, 231-216.

The International Seniors Bowling Tour will resume in 2017 for Arthur’s Senior Open in Osnabrück, Germany, which takes place March 5-12 at Vegas Bowling.

This will be immediately followed by the ISBT Masters for 2016, where the top bowlers from the 2016 season are invited to compete for the Masters title.

Report and results by Tony Brown.

Top 4 advance to the Stepladder Finals

Top 4 advance to the Stepladder Finals