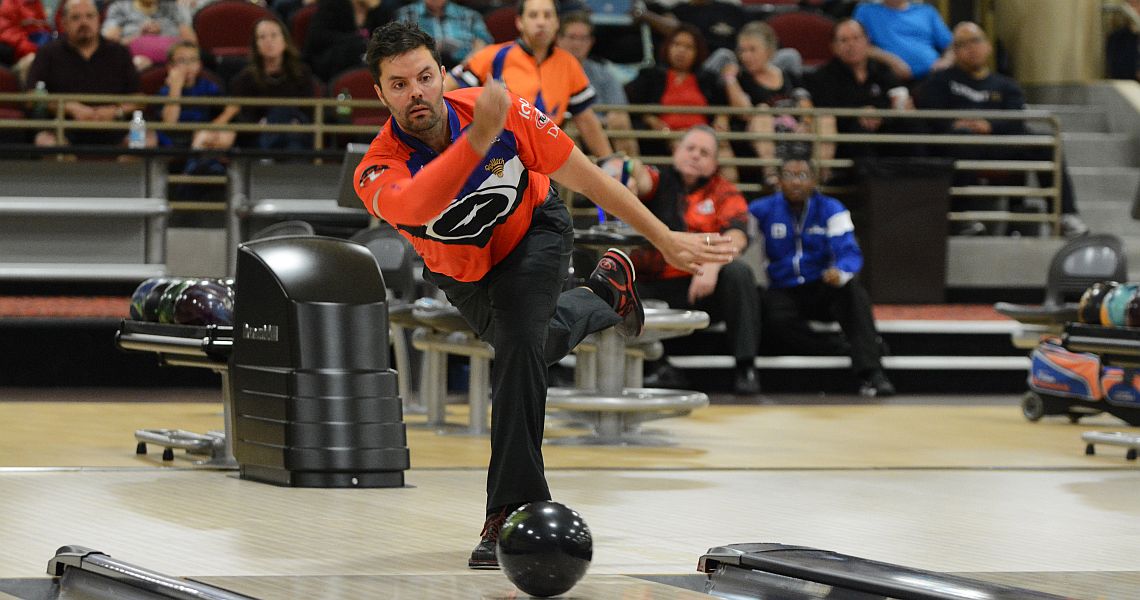 PBA Player of the Year race promises to be intense

08 September, 2016
Spare Shots
2974
Ads
As the PBA Fall Swing unfolds inside Detroit’s historic Thunderbowl Lanes, PBA fans are getting a close-up view of how the multi-event tournament program will impact the 2016 PBA Player of the Year and Rookie of the Year races as the PBA Tour enters its home stretch.

When the Fall Swing got underway on Monday at Thunderbowl Lanes in suburban Detroit, Australia’s Jason Belmonte (pictured above) renewed his bid to win a fourth consecutive PBA Player of the Year award – a feat never before accomplished in PBA competition.

But he was on the outside looking in as a pair of young two-handed players, influenced by his innovative technique – appeared ready to de-throne him.

To put the POY race into perspective, the PBA Fall Swing involves four PBA Tour title events. The winners will be revealed as the CBS Sports Network telecasts air Sept. 21, 28, Oct. 5, 12 and 19. The Fall King of the Swing special event that will conclude the series on Oct. 19 is not a PBA Tour title event.

In addition to the Fall Swing, there are three Xtra Frame PBA Tour events remaining on the 2016 calendar along with the PBA Team Challenge and the U.S. Open. Closing out the year will be the GEICO PBA World Series of Bowling VIII in Reno, Nov. 27-Dec. 11, which will include the PBA World Championship plus the Cheetah, Chameleon, Scorpion and Shark Championships. 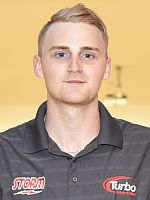 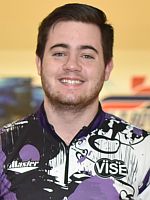 He was followed in earnings by 19-year-old Texan Anthony Simonsen (right), the only other multiple winner in 2016 (including the USBC Masters), with $99,150. 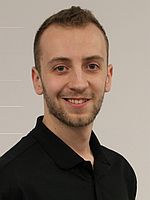 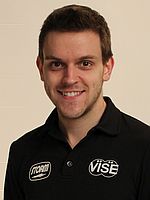 Prior to the Fall Swing, seven other players had won PBA Tour titles and there was plenty of room to shake up both the earnings and average standings, not to mention taking a shot at the PBA Player of the Year title. With three months of activity remaining in 2016, the Player of the Year race promises to be intense all the way to the end.

Also of interest is the 2016 Rookie of the Year race which is being dominated – for the first time in PBA history – by a pair of Canadians. Graham Fach (left) of Guelph, Ontario, established himself as an early favorite when he won the Barbasol PBA Players Championship in February in the second PBA Tour event he ever entered.

While Fach limited his activity since then, Quebec City native Francois Lavoie (right), a former collegiate All-American at Wichita State University, has yet to win a PBA Tour title, but he has become a regular contender including qualifying No. 1 for the PBA Wolf Open finals, No. 4 for the Badger Open finals and he was in the hunt for Detroit Open finals.

During each telecast of the PBA Fall Swing, PBA Tour champions will provide their insights about the various animal pattern events that compose the Fall Swing, along with other reflections about their experiences in PBA Tour competition, as guest analysts along with CBS Sports Network lead announcer Dave Ryan and veteran color analyst Randy Pedersen.

Next up on Xtra Frame: Detroit Open to wrap up XF’s Fall Swing coverage

With the PBA Wolf, Badger and Bear Open qualifying rounds wrapped up as of Wednesday, Xtra Frame’s attention turns to the Detroit Open Thursday when three six-game qualifying stages on the Wolf, Bear and Badger patterns will be covered live at 10 a.m., 2 p.m. and 6:30 p.m. ET.

The final 18 games, combined with 18 games on the three animal patterns earlier in the week, will determine the five Detroit Open stepladder finalists. 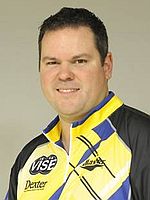 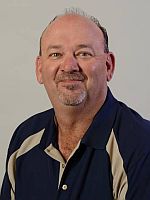 Skillings (left), from Shawnee, Okla., has been a great friend of the PBA since hosting his first PBA event more than 30 years ago. Now the manager of FireLake Bowling Center, he is an integral reason why the Grand Casino Hotel and Resort is a major sponsor of the PBA Tour, the PBA Southwest Region and home of the Region’s Hall of Fame.

The induction ceremony will be at the Grand Hotel on Sept. 17, at 7 p.m. For tickets, contact FireLake Bowling Center, or email [email protected] Tickets are $45.


Because of the Professional Women’s Bowling Association’s heavy schedule of events over the summer months, some PBA-PWBA Regional tournaments open exclusively to women bowlers (including PBA and PWBA members as well as non-members) have been extended beyond the previously-announced Sept. 30 points qualifying deadline for the PBA-PWBA Regional Challenge that will be held as part of GEICO World Series of Bowling VIII in Reno on Sunday, Nov. 27. 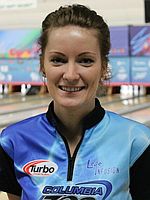 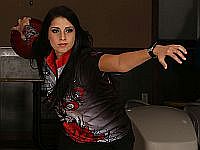 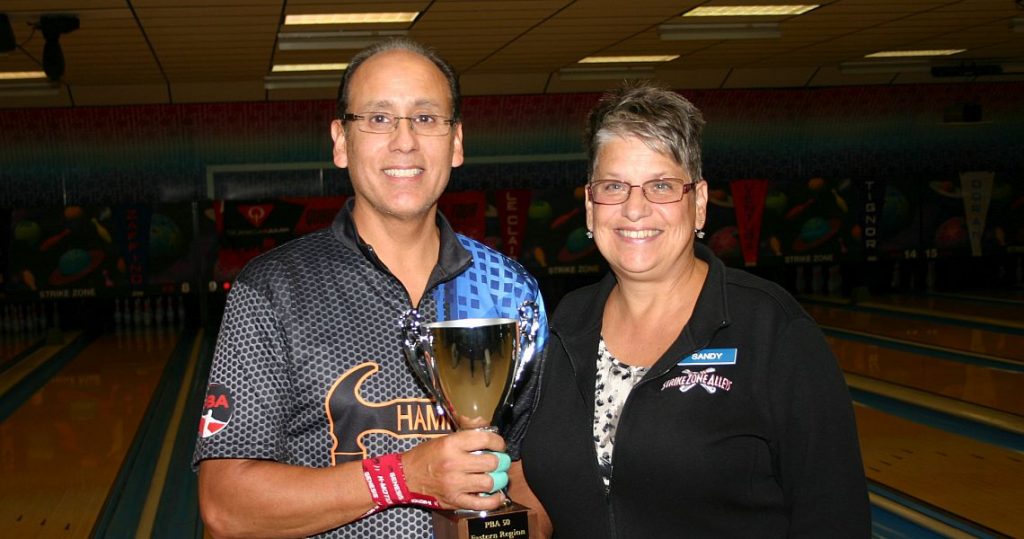 Segura, a five-year PBA member, had four career runner-up finishes prior to his win. He earned $1,500 and with his title, became eligible to enter the 2017 FireLake PBA Tournament of Champions. Klosin earned $950 for his runner-up finish.

With the Sept. 30 deadline looming for GEICO World Series of Bowling VIII Challenge event qualifying, the following events will be important to QubicaAMF PBA Regional players. Women bowlers should keep in mind that in all standard PBA Regional events, PBA-PWBA points are awarded to women according to how they finish against other women in the field.

On the QubicaAMF PBA Regional calendar for the Sept. 9-11 weekend is the Moon City Central Classic at Astro Lanes in Wapakoneta, Ohio. Also on tap is the PBA50 Howell Lanes Open presented by Radical in Howell, N.J.

Sudden illness sidelined PBA Hall of Famer Pete Weber from competing in the PBA Fall Swing in Allen Park, Mich. Weber was on his way to Detroit when he became ill, and returned home.

Reminder: Tickets are on sale for all five PBA Fall Swing television finals which will be contested Sept. 10-11 in the historic Thunderbowl Lanes arena in Allen Park, Mich. To order tickets, visit pba.com/tickets. Tickets are $30 for each full day, or $20 for each individual event. CBS Sports Network telecasts of the PBA’s Fall Swing events will begin on Wed., Sept. 21, at 9 p.m. ET and continue over five consecutive Wednesdays, concluding on Oct. 19.