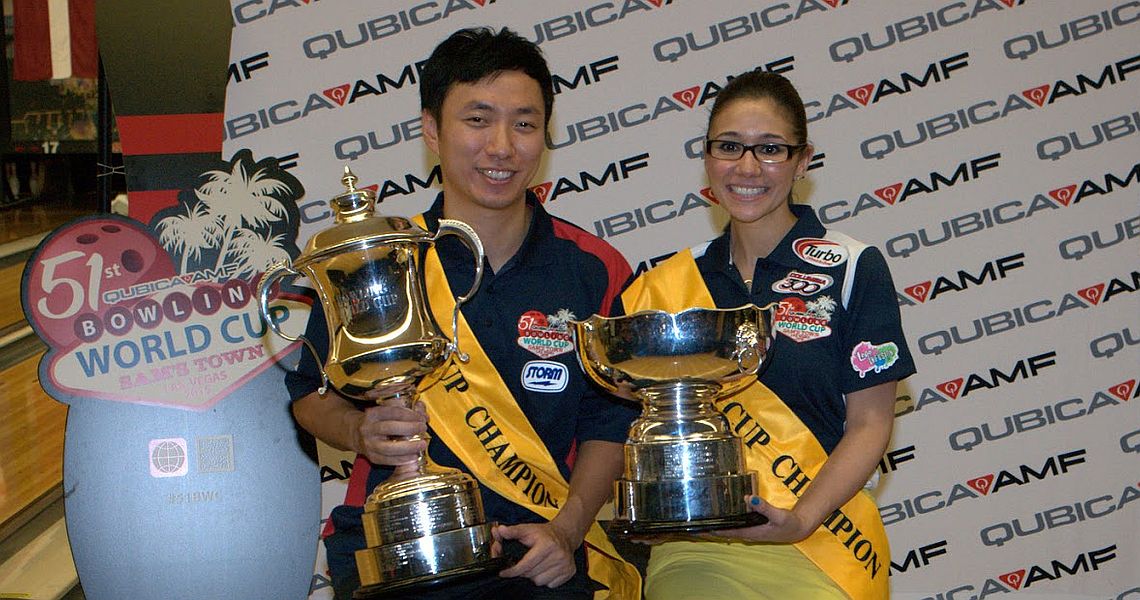 29 November, 2015
World Cup
1844
Ads
The 51st QubicaAMF Bowling World Cup, which was held at the 56-laner inside Sam’s Town Hotel and Gambling Hall in Las Vegas, Nev., United States, concluded after five days of competition Thursday, November 19, with the stepladder finals and the victory banquet. 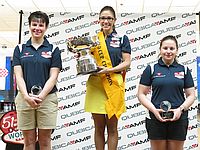 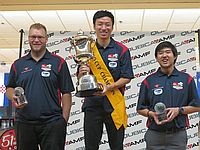 It marks the sixth consecutive year that the top-seeded man was defeated in the title match, while the women’s No. 1 seed triumphed for the third consecutive year and for the fifth time in the last seven years.

The last time the men’s and women’s tournament leader have won the World Cup titles was in 2009 in Melaka, Malaysia, when Choi Yong-Kyu of Korea and Caroline Lagrange of Canada captured the titles from top-seed. 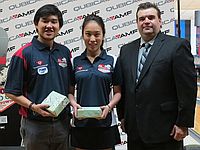 By finishing third in the men’s division and fifth in the women’s division, Singapore won the Bent Petersen trophy for top country. 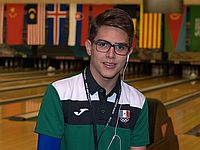 The 51st edition of the prestigious event drew 156 players, 86 men and 70 women, from 88 countries. Macedonia was competing for the very first time. 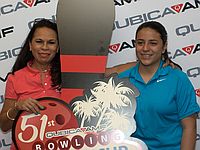 The oldest players in the men’s division in Las Vegas were both 54, Maurice Talane of French Guyana and Zerezghi Haile of Eritrea, while Benjamin Martinez (pictured right) of Mexico was the youngest at the age of 17.

Dominique Merlo (left) from Reunion was the oldest woman at 60, while the youngest girl was 15-year-old Dennise Quezada Pena (right) from Ecuador. 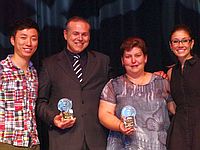 Narelle Baker of Australia and Paulo Lopes of Portugal have been selected as the 2016 QubicaAMF Bowling World Cup Sportsmanship Award winners by their fellow players.

The awards were presented to the winners at the Victory Banquet by World Cup champions Guerrero and Wu. L-R Wu, Lopes, Baker and Guerrero. 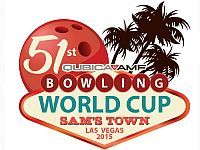 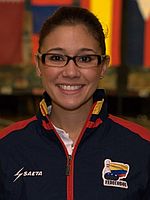 Guerrero (right) lifted Colombia into a tie with Italy for 11th place overall (3-1-2). Besides her two gold medals, she earned a silver medal in her first appearance at the 36th World Cup in Lisbon, Portugal, in the year 2000, while the Colombian men have one gold (Jairo Ocampo, Caracas, Venezuela, 1974) and two bronze medals.

Pluhowsky, who has won the 38th World Cup in Riga, Latvia, and the 40th World Cup in Singapore, while finishing second in the 39th edition in Tegucigalpa, Honduras, filled her trophy case with a second silver medal. Third-place Maria Bulanova captured the first medal by a Russian woman after finishing fourth in 2014. 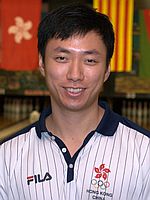 Thanks to Wu Siu Hong (left), Hong Kong became the 29th country to win a gold medal in the 51-year history of the men’s World Cup. Francois Louw (2nd) and Jaris Goh (3rd) were targeting to win the first gold medal for a South African and Singaporean man. 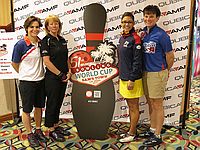 Total eight previous World Cup champions, seven women and one man, were present in Las Vegas, including four as a player, three as a guest and one as a coach. 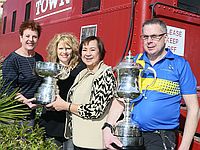 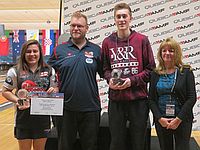 Keira Reay of England set a highlight at the 51st QubicaAMF Bowling World Cup when she rolled the tournament’s lone 300 game in the seventh game of the women’s Round of 24 (31st game overall), yet to miss the cut to the top 8 in n9th place by 21 pins.

It was the 72nd perfect game in the history of the World Cup and the 14th by a woman. The first 300 game by a woman came in 1997, when Shalin Zulkifli of Malaysia accomplished the feat. Jill Friis of Canada rolled the second in 1999 also at Sam’s Town Las Vegas. There is no woman with multiple 300 games at the World Cup so far.

Jason Belmonte of Australia and Tore Torgersen of Norway are the only players with three perfectos. Torgersen is the only player who rolled back-to-back 300 games (in the second round of qualifying in Krasnoyarsk, Russia, 2013).

It marks the first time in the history of the World Cup that a woman had a 300 game but no man. The only World Cups without a 300 game since 1994, when Guay fired the first-ever perfecto at the 30th edition in Hermosillo, Mexico, were Belfast, Northern Ireland (1996) and Toulon, France (2010). 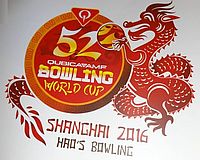 During the banquet, players, officials and guest were entertained to a lion dance performance after which the World Cup organizers announced the venue of the next World Cup. The 52nd QubicaAMF Bowling World Cup will be held October 14-23, 2016, at Hao’s Bowling in Shanghai, China (pictured right; photo courtesy of China Professional Bowlers Association). 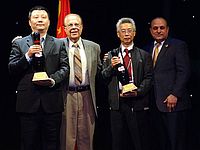 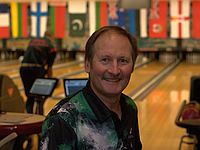 Bowlingdigital.com provided onsite coverage of the 51st QubicaAMF Bowling World Cup from Las Vegas including reports, photos and results after each round. 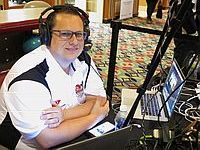 The United States Bowling Congress provided live streaming of the entire event on BowlTV. All shows have been archived on YouTube.