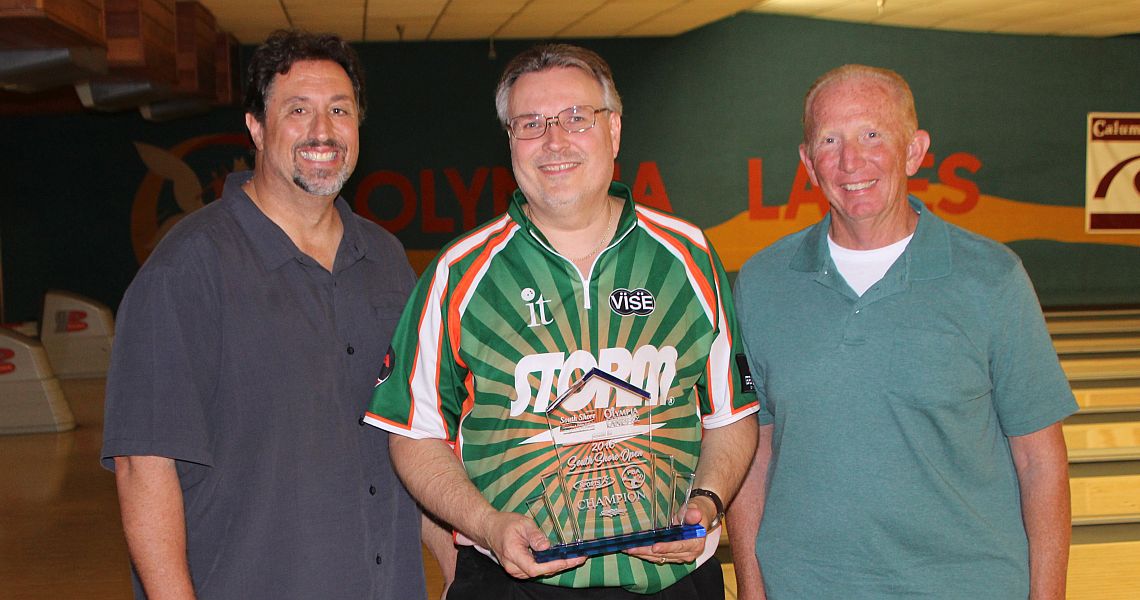 27 July, 2018
PBA50
1566
Ads
Eugene McCune of nearby Munster, Ind., a 31-year member of the Professional Bowlers Association before “retiring” at the end of the 2016 season, won the PBA50 South Shore Open presented by Hammer at Olympia Lanes in Hammond, Thursday with a convincing 259-202 victory over leading PBA50 Player of the Year contender Michael Haugen Jr. of Phoenix. 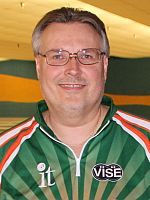 “This is the first time since I retired I’ve bowled three days in a row,” McCune (right) said. “I was really surprised after the way Mike spanked me twice earlier in the day. He’s the best there is on the senior tour right now.”

McCune, who won three PBA Tour titles in 600 events and another 23 titles in 365 PBA Regional events, made a decision to not renew his PBA membership because of his work load and lack of time. While he won in his first PBA50 Tour event, he won’t get credit for a title because he’s not a PBA member.

“I work all of the time and the odds of making a show aren’t easy out here,” said McCune, who turned 50 in June. “These guys are still good; if they can get the ball to the pocket, they’ll strike all day long.

Despite losing in his bid for a third PBA50 title this year, Haugen extended his PBA50 Player of the Year points lead.

“Eugene isn’t a member, so that means no one gained points on me,” Haugen (left) said. “He out-bowled me, and if I couldn’t win, no one was a better story than Eugene. I always say, if a guy out-bowls me, I’m happy to shake his hand and tell him I’ll get him the next time.” 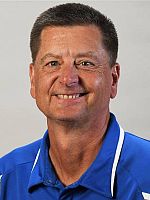 In the opening match, PBA50 Tour rookie Greg Thomas of Irmo, S.C., threw an early turkey that proved to be the difference in a 225-197 win over PBA Hall of Famer Bryan Goebel (right) of Shawnee, Kan., who didn’t throw back-to-back strikes until the 10th frame. 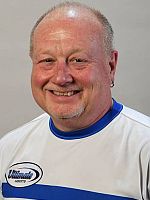 In the second match, Bob Learn Jr. (left) of Erie, Pa., the 2017 South Shore Open runner-up, gave Thomas an opening when he left the 4-6-7-10 split in the fifth frame, but Thomas missed a 9 pin in his seventh frame and failed to strike on his next three shots, handing Learn a 209-203 win.

McCune advanced to the championship match with a 248-215 victory over Learn in the semifinal match after Learn left a 7-10 split on his first shot and a 3-4-6-7-10 split on his second, failing to convert both. McCune struck on seven of his first eight shots and never trailed.

The tour’s next stop is the PBA50 Security Federal Savings Bank Championship presented by Track at Dave Small’s Heritage Lanes in Kokomo, Ind., beginning Saturday and concluding on Tuesday, July 31.

After a brief respite, Xtra Frame on FloBowling resumes live coverage with the PBA50 Dave Small’s Championship Lanes Classic, presented by Roto Grip, in Anderson, Ind., Aug. 4-7, and the PBA50 Cup, presented by DV8, from Wyoming, Mich., Aug. 9-12, the concluding event of the PBA50 season.

All of the PBA50 Tour’s events will be covered from start to finish live, exclusively on PBA’s online bowling channel, PBA Xtra Frame on FloBowling. For subscription and schedule information click here.