27 October, 2016
Spare Shots
2301
Ads
PBA Hall of Famer Randy Pedersen will lead the Xtra Frame crew in calling the action and providing insights that are not available through any other media outlets.

The PBA, a pioneer in live, online video-streaming of its competition, will offer bowling fans around the world free access to both rounds of match play and the stepladder finals of the Xtra Frame South Point Las Vegas Open from South Point Bowling Plaza on Sunday, Oct. 30, where a PBA Tour title will be won.

PBA also will provide fans with exclusive access to the final day of match play in the U.S. Open on Tuesday, Nov. 8, including one of the most exciting rounds of competition in the sport – the position round of match play to determine the five stepladder finalists for the live CBS Sports Network finals which will air on Wednesday, Nov. 9, at 8 p.m. ET (5 p.m. PT).

To activate the free trial day, fans will simply need to go to the page for subscription options on the Xtra Frame site on Oct. 30 and/or Nov. 8 and click on the “Day Pass” option.

They will then need to complete their registrations and, upon doing so, will have free viewing access on either or both days. (The “Day Pass” option will not be visible except on those two days: Oct. 30 and Nov. 8). 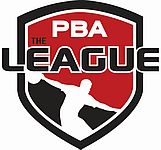 PBA League team managers will have a pool of 84 players to choose from when they draft two additional players to complete their rosters during the 2017 PBA League Draft on Wednesday, Nov. 2, at South Point Bowling Plaza in Las Vegas.

Players who have made themselves eligible for the draft, which will be video-streamed live at 9 p.m. ET (6 p.m. PT) on Xtra Frame, include the following players, listed in alphabetical order:

Teams will draft in the following order, which is the reverse order of how they finished in 2016 PBA League competition. Listed are teams with team manager and three players protected from each team’s 2015 roster:

Xtra Frame is headed to Las Vegas for the PBA Fall Classic, including the PBA Xtra Frame South Point Las Vegas Open, the final event in the 2016 Xtra Frame PBA Tour points competition that will reward the overall winner with a $10,000 bonus.

In the Las Vegas Open, set for Oct. 29-30, the winner will receive 25 points with the next 19 players earning points in descending value. The players to watch are E.J. Tackett with 76 points, Tommy Jones with 72, and Ryan Ciminelli with 69.

Following the South Point Las Vegas Open, live coverage will include the second PBA Team Challenge, a five-player team competition that will award PBA Tour titles to all five winning teammates (if they are PBA members) for the first time. Team Challenge coverage is set for Oct. 31-Nov. 1.

On Nov. 2, Xtra Frame will provide live coverage of the PBA League Draft, with eight team managers selecting the final two players to round out their 2017 rosters, beginning at 8:50 p.m. ET. 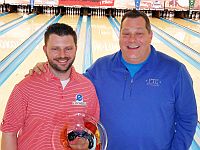 Bailey downed Craig Nidiffer of Trenton, Mich., 214-189, and LeMond topped Teddy Patrick of Indianapolis, 214-204, to advance to the championship match, but LeMond also distinguished himself by eliminating PBA Hall of Famer Pete Weber in the best-of-three-game semifinal round, 2-0, to end Weber’s bid for his 100th overall PBA title. Walter Ray Williams Jr., who is tied with Weber with 99 overall titles, finished 32nd in the event. 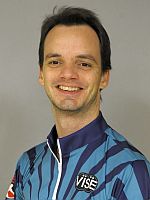 Findling opened the tournament with a 280 game and remained at the top of the leader board until the final game. Leading Bohr by 52 pins going into their position round match, Findling struggled while Bohr struck out from the second frame for a 290-161 victory and a 21-game total of 5,197 pins and a 107-pin margin of victory over Findling. Bohr earned $2,500. 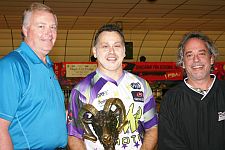 Shafer qualified second, but moved into the lead after four games Sunday morning. Once in the lead, he never trailed on his way to the $2,400 top prize and his 29th QubicaAMF PBA Regional title. Zasowski, who was competing in his first PBA regional event in over 10 years, posted a 9-3 match play record and 4,480 total pins. 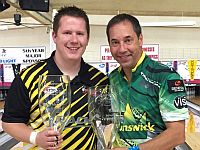 The title was Bohn’s 26th in QubicaAMF PBA Regional competition while Peters earned his second. They shared the $3,000 first prize. Bohn and Peters defeated Joe Petrovich of Tracy, Calif., and Sean Mamlok of San Jose, Calif., by 341 pins for the title.

Johnson, the no. 3 qualifier going into the stepladder finals, received $2,500 for his second QubicaAMF PBA Regional win. In the first stepladder match, Johnson defeated 15-time PBA Regional champion Kip Roberts of Glen Allen, Va., 258-247, and he then disposed of Jason Sterner from Cocoa, Fla., 235-222. 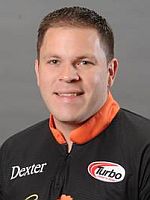 Seven-time PBA Tour titlist and seven-time Team USA member Bill O’Neill (right) of Langhorne, Pa., has been selected to serve a three-year term as an athlete representative on the USBC Board of Directors through the 2018-19 season. He fills the spot vacated by PBA titlist Mike Fagan who decided against seeking re-election. Other Team USA athletes on the USBC Board are PBA members Kelly Kulick and Rhino Page and former Team USA member Dan Patterson.

Reminder: Tickets for all six GEICO PBA World Series of Bowling VIII ESPN television finals Dec. 10 and 11 at the National Bowling Stadium are available online at pba.com/tickets. An all-day pass to attend the Cheetah, Chameleon, Scorpion and Shark Championship finals on Dec. 10 are $20. An all-day pass for the live PBA World Championship finals and the “USA vs. The World” telecast on Sunday is $15. Amateur bowlers who would like to bowl in the WSOB pro-am on Saturday, Dec. 3, at 6 p.m. should call the National Bowling Stadium (800-304-2695).

This week marks the conclusion of the special PBA Bowling Challenge Mobile Halloween-themed bowling ball promotion. New Halloween balls have been released by Concrete Software over the past month, and all of the special balls will be available be Friday through Sunday.