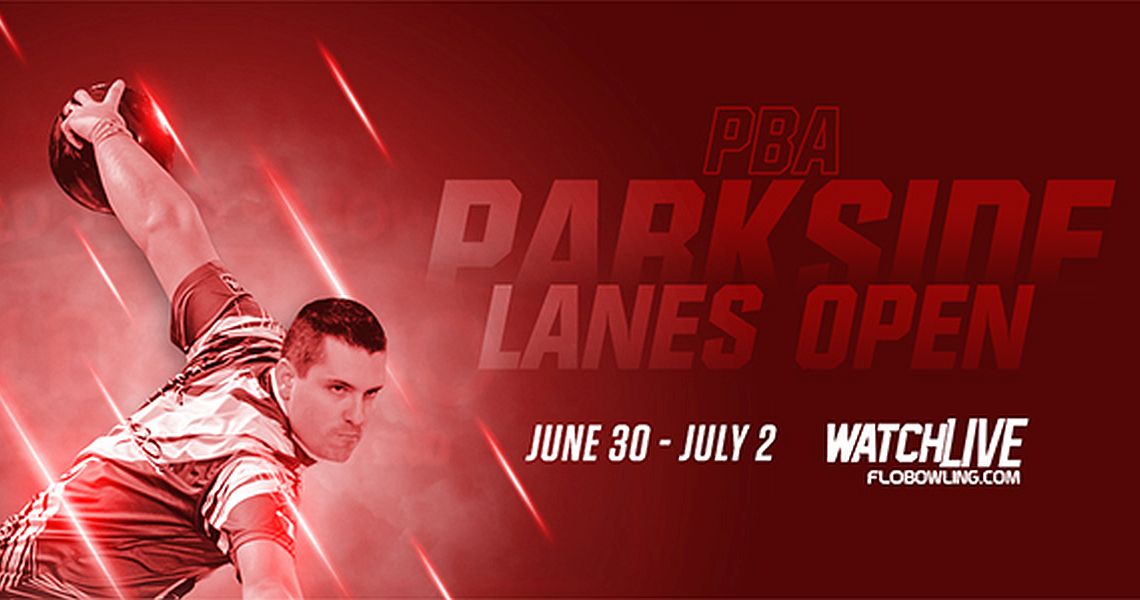 30 June, 2018
Spare Shots
3867
Ads
PBA’s exclusive Xtra Frame live streaming coverage of the preliminary rounds of the U.S. Women’s Open from Orlando, Fla., on xtraframe.tv wraps up on Friday, with PBA Xtra Frame on FloBowling.com making its debut Saturday from Aurora, Ill., where the PBA Xtra Frame Parkside Lanes Open gets underway with a unique qualifying format that will award players with “bonus pins” based upon how well they perform each game on their respective pairs of lanes.

That means current Xtra Frame subscribers who want to watch this weekend’s Parkside Lanes Open need to activate their FloBowling accounts as soon as possible. If you are a current subscriber and didn’t get an email from FloSports regarding the simple step to activate your new account, the first place to go is: https://www.flobowling.com/claim-account.

If you can’t find your email, send an email to: [email protected] (don’t forget to check your “spam” folder first to see if the email was filtered into that folder).

For those of you who are curious about FloSports, whether you are a paid subscriber or not, you are invited to preview free content on FloBowling.com which includes features on Walter Ray Williams Jr.‘s experimentation with two-handed bowling, Sean Rash‘s behind-the-scenes role with the XF Parkside Lanes Open; Andrew Anderson‘s breakout season as a second-year PBA member; a nice feature about Wes Malott‘s rise to PBA stardom; podcasts, video features, the live streaming schedule, and more.

As the transition to FloBowling continues, PBA fans can also follow FloBowling on Facebook and @FloBowling on Twitter and Instagram, which also is free and where features and conversation about the PBA is growing daily for everyone – not just paid subscribers.

Live coverage of the PBA Xtra Frame Parkside Lanes Open, which will be available exclusively to FloBowling subscribers, is the fourth of eight exclusive PBA Xtra Frame tournaments that are part of the 2018 Go Bowling! PBA Tour schedule. The Illinois tournament includes qualifying rounds Saturday and Sunday leading into a semifinal round and stepladder finals on Monday, July 2. 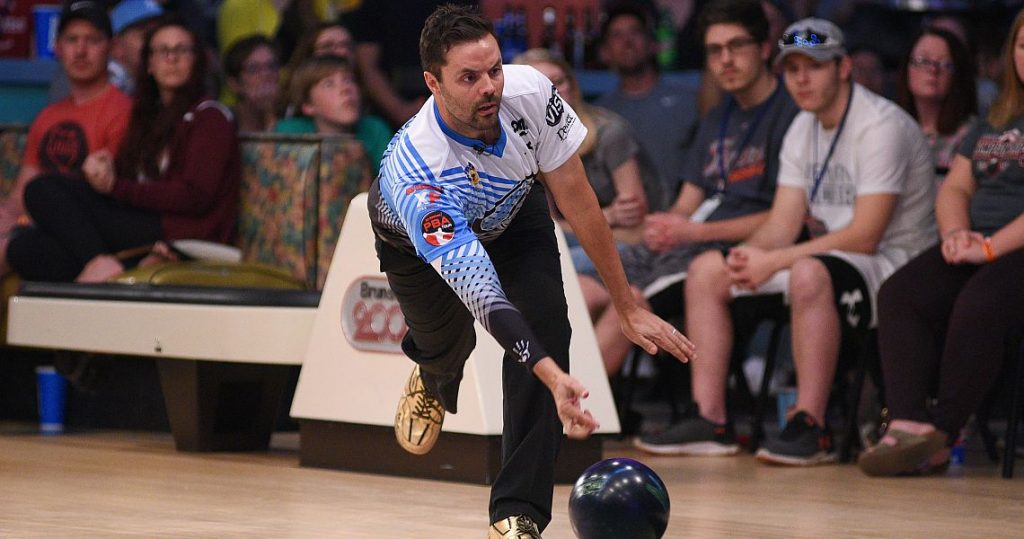 Bowling has never been a “headline” sport in Australia, but Jason Belmonte (pictured above) is slowly by steadily changing that. Most recently, according to Australia’s Lynne Clay, the Australia Broadcast Company – Australia’s “ABC-TV” – has recently aired a segment on its popular 7.30 Report profiling the world’s top-ranked bowler.

The 34-year-old two-handed star from Orange in New South Wales has achieved unprecedented success with dozens of titles in national and international tournaments, re-writing the sport’s record books, becoming the first player ever to win the USBC Masters on four occasions, and sweeping the PBA’s two most defining statistical categories for 2017 – official earnings and scoring average, which included a record 229.39 scoring pace for the full season.

Clay noted the 7.30 Report is billed as providing the best analysis of local, national and international events from an Australian perspective and is streamed live on iView. The program is watched by a national audience of many millions. Here is a link to the segment: http://www.abc.net.au/7.30/meet-the-world’s-number-one-tenpin-bowler,/9847034. 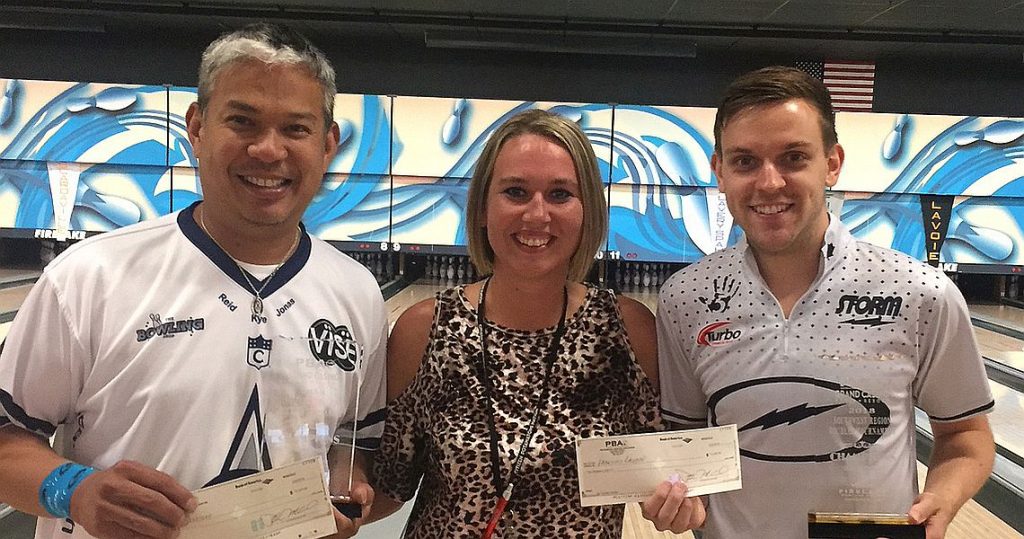 For Castillo, the win was his seventh in PBA Regional competition while Lavoie’s number of PBA Regional titles is up to six following his second victory at FireLake. Each collected $2,000 for the win.

The winning team had a long road to the finals after qualifying in seventh position while Archer and Maldonado earned byes to the Round of Four by leading the eight-game qualifying round. Castillo and Lavoie defeated another Canadian, PBA rookie Mitch Hupe’, and his amateur partner, Marc Heninger from Tangonoxie, Kan., 2-0, in the best-of-three-game Round of 8.

In the Round of 6, Castillo and Lavoie out-battled Oklahoma’s James Cantere from Norman and Jeff Hatt of Midwest City, 2-1. Castillo and Lavoie then overwhelmed the No. 2 qualifiers from Amarillo, Texas, Mason Edmondson and Tyler Albracht, 2-0, in the semifinal round while Archer and Maldonado eliminated a pair of two-handed players, Malaysia’s Zulmazran Zulkifli and Trey Ford III of Bartlesville, Okla, 2-1. 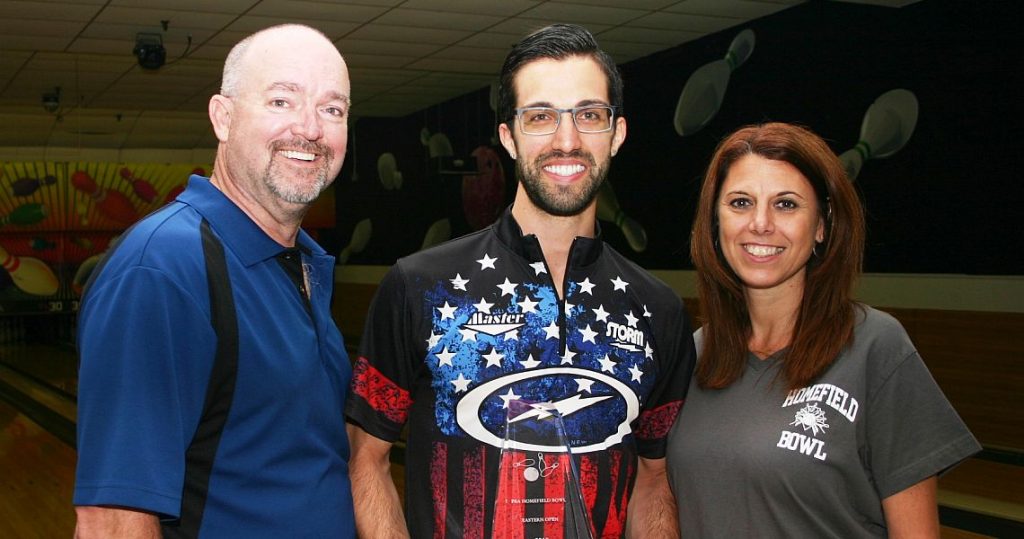 Pepe compiled a 7-5 match play record and 4,828 pins for 20 games, including match play bonus pins, to qualify first for the stepladder finals by 78 pins over Andretta. Pepe then started the championship match with four strikes, but an open frame in the fifth saw his lead shrink to seven pins. Recovering quickly, he rolled another five strikes to clinch the victory along with a $3,000 prize and his fourth regional title.

Andretta advanced to the championship match by defeating John Furey of Howell, N.J., 226-211, after Furey defeated Patrick Allen of Elmwood Park, N.J., 233-198, in the opening match. 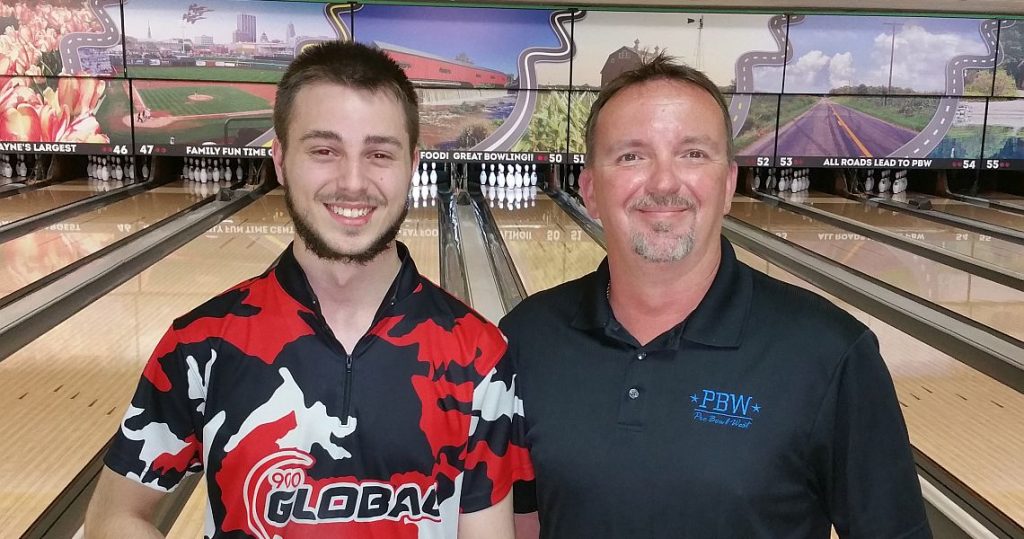 Aaron Beaver (left, with GM Brian Cave) of Goshen, Ind. defeated amateur Conner Weber of Wayne, Mich., 267-178, to win $1,500 and his first PBA title in the PBA Pro Bowl West Central/Midwest Challenge presented by Storm at Pro Bowl West in Ft. Wayne, Ind., on Saturday. Challenge events are open to PBA members without a PBA title or non-members who have never won a PBA event.

The only event on the July 6-8 PBA Regional calendar is the PBA50 Cecil Raymond Memorial presented by Ebonite at Brunswick Deptford Lanes in Deptford, N.J.

Don’t forget: Fan voting is now open to select the “best bowler” in the 2018 ESPY competition. Click here and look for the “best bowler” ballot which includes Jason Belmonte, Rhino Page, Tom Smallwood and Jesper Svensson. The winner will be announced when the ESPY shows airs on ESPN on Wednesday, July 18.