10 August, 2018
Spare Shots
1671
Ads
On the basis of points earned for his runner-up finish in Tuesday’s PBA50 Security Federal Savings Bank Championship, presented by Track, in Anderson, Ind., 2017 PBA50 Rookie of the Year Michael Haugen Jr. of Phoenix has added the 2018 PBA50 Player of the Year award to his portfolio.

With only the PBA50 Cup presented by DV8 remaining on the PBA50 Tour’s regular-season schedule, Haugen ended the PBA50 Player of the Year drama in Anderson by boosting his tour-leading competition points total to 28,500 – eliminating Norm Duke (20,014), Ron Mohr (19,721) and Walter Ray Williams Jr. (19,027) from contention. All three had mathematical chances to catch Haugen entering last week’s tournament.

By locking up Player of the Year, Haugen (featured photo and right) became the second player to win PBA50 ROY and POY honors in consecutive years, joining Mark Roth who accomplished the feat in 2001 and ’02. Duke and Tom Baker are the only two to win ROY and POY in the same year. A handful of others have won both awards, but not in the same or consecutive years.

With POY settled, the PBA50 Rookie of the Year race is still up in the air heading into the PBA50 Cup in Wyoming, Mich., along with the 12 berths in a new end-of-season PBA50 Storm Invitational that will be held at Planet Fun Bowling and Entertainment Center in Shallotte, N.C., Sept. 28-30.

The PBA50 Storm Invitational will feature a field of 14 including two invitational spots to be decided later. The special event will offer a $10,000 first prize.

All PBA Xtra Frame events on FloBowling are covered live, from first ball to last.

PBA CEO and Commissioner Tom Clark (left) was on hand to help his long-time PBA friend, Terrell Owens (right), celebrate his entry into the NFL Hall of Fame in a unique ceremony held at Owens’ alma mater, the University of Tennessee-Chattanooga, on Aug. 4.

Owens, who has been a friend of the PBA since becoming one of the original PBA League owners (Dallas Strikers) in 2013, has since competed as a player in the PBA World Series of Bowling in Las Vegas, participated in five CP3 PBA Celebrity invitational events (winning in 2013 in Los Angeles with partner Pete Weber), and hosted the 2017 Main Event Terrell Owens PBA Super Clash in Houston.

He has attended several other PBA events as a fan, and has competed in two USBC Open Championships with Clark and others on a Bowlers Journal team as an active bowler. Owens, in making a statement to the football writers who select NFL Hall of Famers, decided not to participate in the traditional induction ceremonies in Canton, Ohio, but hosted his own induction ceremony in Chattanooga. 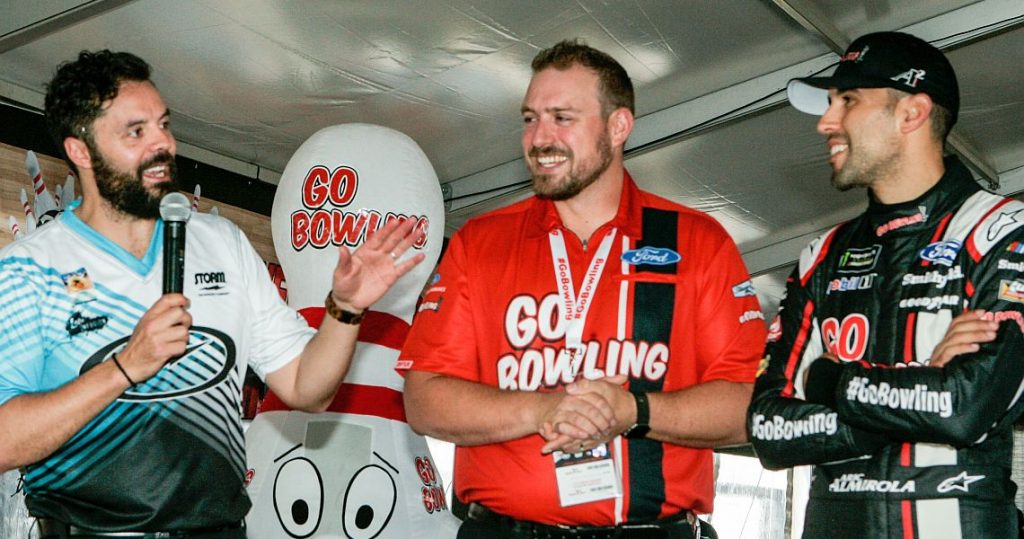 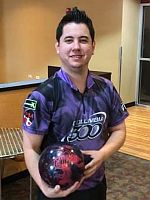 Butturff, a 24-year-old left-hander, earned $1,600 along with his second PBA Midwest Region title of the 2018 season to go along with two other titles won in the PBA’s West and Northwest Regions earlier in the season.

Johnson, the PBA Midwest Region’s reigning Player of the Year, defeated Nick Kruml of Downers Grove, Ill., 268-190, in the first stepladder match and then eliminated Tom Hess of Urbandale, Iowa, 236-197, in the semifinal game to advance to the championship match. 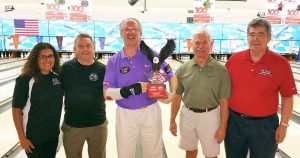 The title was Sullins’ second of the year in the PBA Central Region and his 35th career PBA Regional title. He also earned $3,500.

Sullins defeated Eddie Graham of Centerville, Ohio, 181-158, to advance to the championship match after eliminating Brian Kretzer of Dayton, Ohio, 222-194, in the first stepladder match. 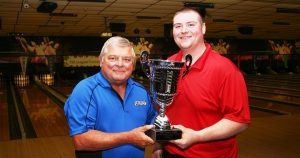 Darren Andretta (with proprietor Terry Brenneman, left) of Wantagh, N.Y., rallied from a 30-pin deficit after seven frames to defeat Brad Angelo of Lockport, N.Y., 228-207, in the championship round of the PBA Bowlers Supply/Storm Open at Colony Park Lanes North in York, Pa., Sunday.

Angelo was leading by 30 pins when he opened in the eighth frame. After Angelo converted a single-pin spare in the ninth frame, Andretta rolled strikes in the ninth and the first two in the 10th to clinch his third career title and his second of the 2018 season along with the $2,500 first prize.

Andretta reached the finals by defeating Tom Daugherty of Riverview, Fla., 236-211, in the semifinal round while Angelo defeated teenager Anthony Neuer of Lewisburg, Pa., 217-185, in the other semifinal match. Neuer, the 16-year old son of PBA Tour titlist Andy Neuer, recently won the U20 division of the USBC Junior Gold Championships, earned $1,000 for his SMART scholarship account.

Wilburn started the title match with five strikes while Hastings had two open frames in his first five. Hastings rallied behind a string of four strikes to threaten, but Wilburn answered with strikes in the ninth and 10th frames to seal the $2,000 top prize. 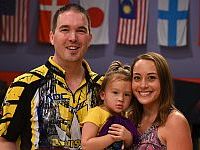 Sean and Sara Rash (pictured with daughter Kaylee at the 2016 PBA Badger Open) welcomed the arrival of daughter Olivia Lynn Rash on Wednesday. Olivia, who weighed in at 7 pounds, 1 ounce and measured 20 inches long, joins sister Kaylee as a member of the Rash family.