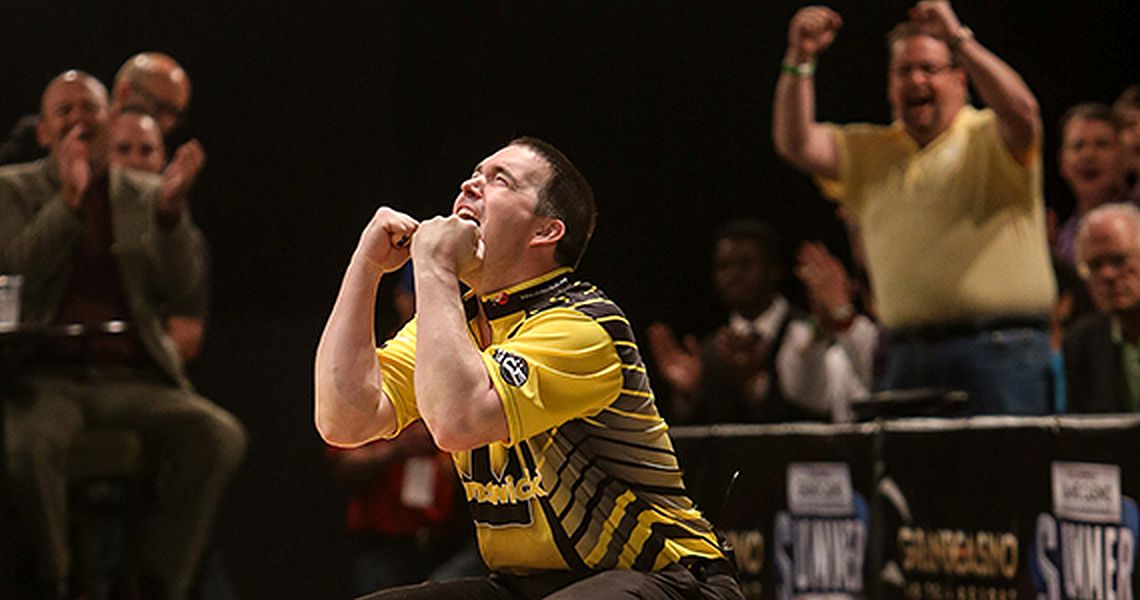 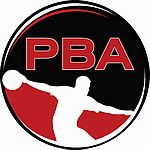 For every PBA fan, you can now binge on the greatest collection of bowling achievements in the PBA’s 60-year history by visiting the PBA channel on YouTube where a series of videos showing every nationally-televised PBA Tour 300 game is now showing.

As of September 5, the PBA YouTube Channel (and the PBA Facebook page) has aired the first eight televised 300 games. A new perfect performance will be added every weekday until all 26 300 games have aired. Featured photo: Sean Rash

Visit YouTube.com and search for: “PBA 60th Anniversary Collection: Televised 300 Games”. Then click on the show you’d like to watch on the playlist. The same shows also are available on the PBA page on Facebook under “Featured Videos”.

If you miss one, no problem. All of the 300 game segments will be maintained in the YouTube and Facebook archives so you can watch them at your leisure. 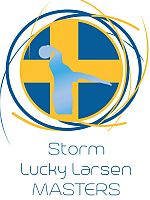 For all of your late-night bowling fans, PBA Xtra Frame on FloBowling will be streamed live from Malmö, Sweden, starting in the wee-early hours Sunday with the final day of competition in the PBA International-World Bowling Tour Storm Lucky Larsen Masters. 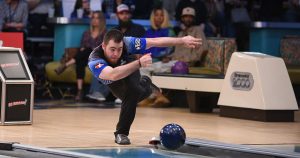 Many of the PBA’s leading player of the year candidates are entered in Malmö including Australia’s Jason Belmonte (left), the defending champion; 2018 USBC Masters winner Andrew Anderson; Anthony Simonsen (right) and EJ Tackett.

Also on the Xtra Frame on FloBowling schedule for Saturday and Sunday is a PBA Southwest Regional event – the PBA Grand Hotel Casino and Resort Southwest Open from Shawnee, Okla.

Closing out the month, PBA Xtra Frame on FloBowling will cover another pair of events, including the PBA50 Storm Invitational at Planet Fun Bowling and Entertainment Center in Shallotte, N.C., and another PBA Regional event, the PBA Double Decker West/Northwest Open presented by Roto Grip from Double Decker Lanes in Rohnert Park, Calif., Sept. 29-30. 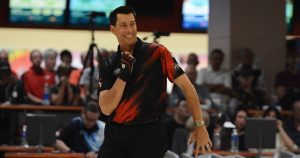 All PBA Xtra Frame on FloBowling events are covered live from start to finish. One last reminder: existing Xtra Frame subscribers need to transition their current subscriptions to FloBowling by visiting https://www.flobowling.com/claim-account. New subscribers can enroll at FloBowling.com.

Calkins, who also earned $2,000, qualified fourth for the stepladder finals and defeated Ambrose University collegiate bowler Nate Stubler of Peru, 221-214, in the first match and reigning PBA Midwest Region Player of the Year AJ Johnson of Oswego, Ill., 236-228, in the semifinal game to advance to the championship match. 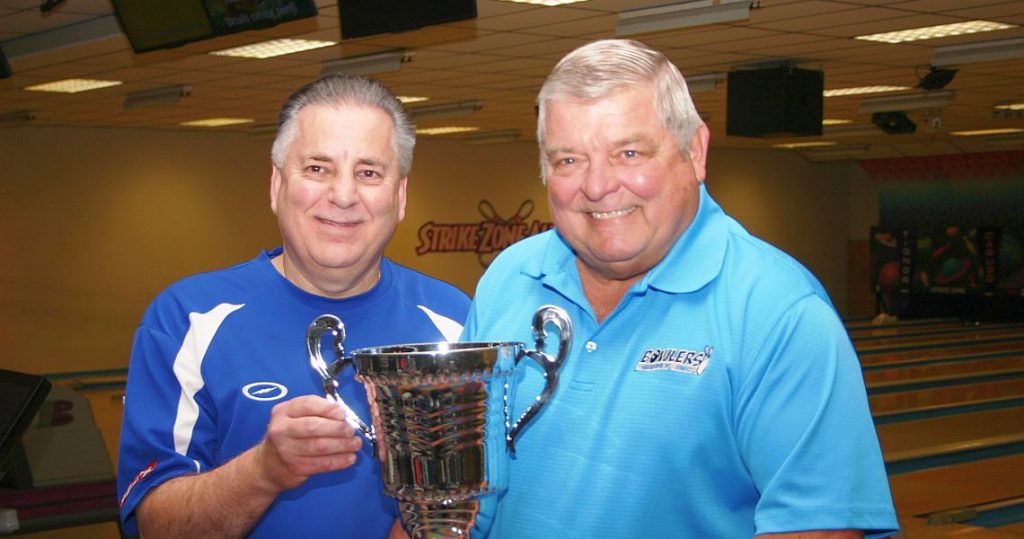 Boyle (pictured with proprietor Terry Brenneman, right), who had gone undefeated throughout the earlier elimination rounds, left the door open for Textor when he failed to double in his 10th frame. Textor, who had a previous career best finish of seventh place, failed to strike out in the final frame to force a tie. Boyle, who earned $1,500, defeated Darryl Bower of Middletown, Pa., 235-224, and Textor defeated Glenn Smith of New York City, 210-170, in the semifinal round.

PBA Regional events on the Sept. 14-16 weekend schedule include the Sturgis Central/Midwest Open at Sturgis Bowl in Sturgis, Mich.; the Century Lanes South Open in Hampton, Va., and the Liberal Kansas Southwest Open at Ayr Lanes.